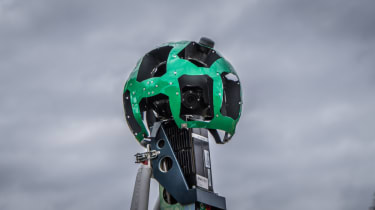 Google is expected to pay millions of dollars to put an end to a protracted legal battle centring on allegations of privacy violation during the firm's Street View mapping project.

The industry giant's fleet of geo-mapping vehicles unwittingly collected masses of data from insecure Wi-Fi connections as they roamed through streets and areas. The cars and vans harvested payload data included emails, passwords, and other information, despite only meaning to gather SSID and MAC addresses to improve location-based services.

The company is now expected to pay $13 million to end a privacy lawsuit launched by 22 plaintiffs as a class action on behalf of all those affected by the data harvesting, according to Bloomberg.

Google will also destroy any data it still holds as part of the settlement, collected as a result of the Street View mapping process, and will commit to teaching people how to protect their privacy online.

This puts an end to a scandal that was once expected to result in a multi-billion-dollar payout. The reason for this relatively modest settlement lies with the challenge people had in proving they were injured as a result of Google's illicit data-collection practices and therefore entitled to damages.

Before the likes of Cambridge Analytica began dominating newspaper headlines, the Google Street View scandal was one of the biggest privacy storms of the last decade.

The debacle came to a head in 2010 when Google admitted it "screwed up" by accidentally taking the data from unprotected Wi-Fi networks. Privacy International accused Google of intentionally breaking the law at the time, and published analysis showing the company's explanations for why it held the data was riddled with errors.

After ordering Google to delete any data it had collected through these means, the Information Commissioner's Office (ICO) in 2012 claimed the company had failed to extinguish everything from its systems.

Initially, the UK data regulator didn't feel the little UK data that Google harvested amounted to anything significant, and wound up its probe into the company without heavy action. After Google admitted later the data that was collected included emails and passwords, the ICO re-opened its investigations but insisted Google would not be fined.

Elsewhere, Google has settled another class-action lawsuit against more than 200 people accusing the tech giant of a "systematic pattern and practice" of age discrimination. The firm is expected to pay $11 million to the claimants.