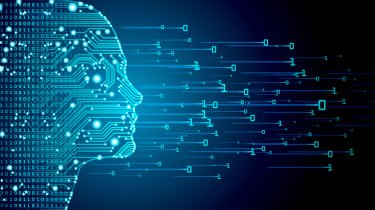 When it comes to patient data, which is needed to train such models, privacy issues arise when sharing data between parties. This method means the private data never has to leave the hospital from where it's stored.

"The client contains data that has been stored in a harmonised way," said Jorge Cardoso, associate professor in AI at King's College London. "We then take an algorithm, we put it into this container that is then sent to the different hospitals. This container learns from the data locally and the parameters of the model, not the data, is sent back to a centralised server.

The process is repeated until the algorithm learns all that it can from the data, the whole time never learning who the data belongs to or where it came from. According to experts, the model appears to solve one of the more prevalent fundamental issues in medical data sharing.

"As I see it, the flaw in most solutions is model inversion, allowing the ultimate exposure of the individual patient's identity," said Peter Borner, president and CEO at The Data Privacy Group.

"It would seem that the approach being adopted by Nvidia and Kings has taken this major issue into account. I am excited to see this approach mature into a fully-fledged solution that will enable research teams to fully cooperate with the danger of breaching patient confidentiality."

To further protect the privacy that federated learning affords, the researchers are investigating the feasibility of adding the e-differential privacy framework, a way to formally define privacy loss.

The model has been tested using data pulled from the BRaTS 2018 dataset which contains the MRI scans of 285 patients with brain tumours. The data allowed the researchers to evaluate the performance of the multi-modal and multi-class segmentation class.

They found a comparable performance from the federated learning model to a data-centralised system; Nvidia said the slight performance decrease was a "natural tradeoff" between privacy protection and quality of the trained model.

The research will be formally presented to attendees of MICCAI, a large medical imaging conference starting today in Shenzen, China.