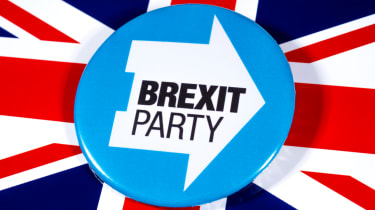 The Information Commissioner's Office (ICO) is investigating the Brexit Party for its failure to hand over personal voter data, according to Sky News.

Those protected under General Data Protection Regulation (GDPR) laws have a right to access a copy of their personal data from an organisation through the Subject Access Request (SAR) process. They are entitled to a response within a month, free of charge.

The majority of SARs in question flooded in just before the European elections in May, a critical time in the campaign process, according to a Brexit Party spokesperson.

"During the European elections, there was a coordinated attempt by campaigners to flood the Brexit Party with Subject Access Requests," the spokesperson said.

"All political parties are allowed access to the electoral register so they can send literature to voters. However, inaccurate claims circulated on social media, claiming we had acquired people's addresses improperly, leading to the written requests asking for access to information."

Many social media posts from pro-EU accounts around that time did, in fact, call for people to request personal data access from the Brexit Party. While some merely wondered why they had been sent leaflets and how the party got their personal details, others suggested using SARs to interfere with the party's election efforts.

"European GDPR rules can be weaponised to stop political parties using our data to manipulate us," a Twitter post from 8 May read. "If a thousand people demanded to see all their data, any organisation would be very busy, to say the least..."

The ICO has given the Brexit Party until 22 November to answer the data requests, according to Sky News.

"We have responded to the vast majority of letters," the Brexit Party spokesperson said. "Around 0.2% are currently being dealt with and we will meet the deadline agreed with the ICO."

The ICO will not comment on the ongoing investigation. "We will however, be closely monitoring how personal data is being used during political campaigning and making sure that all parties and campaigns are aware of their responsibilities under data protection and direct marketing laws," an ICO spokesperson told IT Pro.

Although the data obtained by the Brexit Party was likely obtained through innocuous, entirely legal means, the distrust of voters in the political marketing process has some precedent. Their personal data was exploited when the Vote Leave campaign sent 196,154 unsolicited and unlawful text messages prior to the 2016 EU referendum, for which they paid the ICO a fine of £40,000.

Nevertheless, the Brexit Party investigation has important implications for the way personal data is viewed as an asset in political campaigns. Data and democracy project officer at the campaign group Open Rights Group, Pascal Crowe, told Sky News the investigation highlights "the increasing importance of data rights in the political sphere".