IT Pro Panel: Why CIOs should encourage staff to network with peers

Networking can benefit IT teams beyond simply 'levelling up' 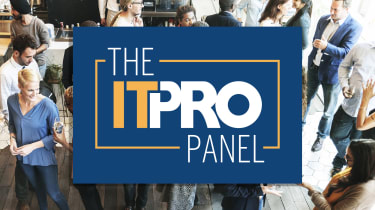 For CIOs, peer networking is something that they would all agree is vital in order to succeed in their roles. They can learn from other IT leaders about the technologies, processes and projects that others have been successful with, and about the types of methodologies, resources and personnel required to deliver them.

But while an emphasis has been on CIOs to network amongst themselves, many IT leaders are encouraging their employees to network with their own peers, in order to develop new skills, get new ideas and bring these back to the organisation.

Richard Tallboy, the CIO of popular pan-Asian restaurant chain Wagamama, believes that it is essential for his team to go out and learn from people in similar roles, as it can help them develop professionally.

"I think it's important for all of us to be experts in what we do, and that's why it's definitely important to get the team out there," he says.

He adds that one of the key skills that employees can learn is how to influence key suppliers.

UK insurer LV='s CIO, Richard Warner, is a big believer in 'getting off the island' - by which he means, exposing the team to technologies and processes outside of the company they work for.

"One of the attributes we put in last year was that we wanted our staff to go out and be curious about what is happening in the outside world," he says.

This meant that the company signed its staff up to various innovation labs and bootcamps to try and get a variety of people exposure to different technology. They would be taught specific skills and were tasked with bringing back what they had learned from these events to the company.

While learning directly from peers in similar organisations and positions is one way of developing new skills, Manchester City Council CIO Bob Brown suggests that his staff have access to a wide range of advisers through memberships and partnerships with external bodies.

"As a council we have Gartner to get analyst advice when we need to, we're a member of the IT Service Management (ITSM) Forum, and members of the National Cybercrime Centre, while we've built a close set of alliances with businesses in Greater Manchester over the last few years and it's not uncommon for us to ask for our peer-to-peer network for help, advice and support," says Brown, who adds that it's available for all members of staff.

Meanwhile, Tallboy believes working alongside peers from the same company, but in different regions, can also help to ensure that the IT function is getting the most out of its suppliers.

"Typically if you have the same suppliers, you can work together. For example, we had a call with CIOs in the US about the challenges we've got [to help us overcome them]," he states.

Networking for a reason

Understanding how to influence a supplier is one reason to network, and Wagamama's Tallboy suggests that CIOs shouldn't encourage their staff to network just to "level up".

"It's about approaching it as getting a resolution to problems, so I encourage our head of operations and IT to take the challenges they have and manage them by networking," he explains.

For LV='s Warner, the reason for networking is not necessarily about finding the right technology, but about how you apply the technology effectively within the organisation, and help the organisation's overall strategy.

"The differentiator to really succeed is how well staff manage change programmes related to the technology. The tech function has a big role in ensuring that it's a business implementation not just a tech implementation," he says.

Tallboy adds that unless there is something game-changing, like a new app that the company wants to keep quiet, there is no reason that IT staff should not go to their peers to discuss how they can better use technology.