Java remains the most popular among employers, Go, Rust and Swift are winning over developers 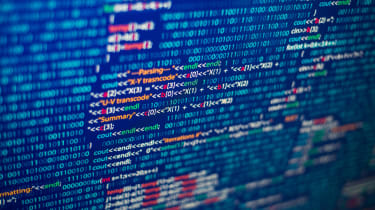 Developers are planning to jump on languages created and popularised by Silicon Valley tech firms, according to a new survey.

Google's Go language topped the list of languages developers are planning to learn next, with Mozilla-sponsored Rust language and Apple's Swift also in the top 10, according to HackerRank's 2018 Developer Skills Report, surveying almost 40,000 professional and student developers.

However, some old favourites still persist; over 30% of developers said that they planned to learn age-old standby Python next, while 15% said they wanted to learn C# and Perl.

While Python proved to be the most popular language across all age groups, the most practical language is Javascript - in that it's the language most commonly sought-after by employers. Over 45% of employers reported that they looked for Java or Javascript knowledge, with Python placing second at 33%.

Similarly, prior experience is much more valuable than formal training or education, with previous work and a project portfolio on platforms like GitHub being much more popular with recruiters than a university degree.

This could tie into another survey finding that recruiters often have the most difficulty with assessing developers' skills before they start work. Despite concerns about a looming talent gap, only 41% of businesses reported that a lack of candidates was the biggest challenge, while over 60% said that accurately gauging a potential employee's skill was more of a problem.

"2018 will mark the end of the resum for evaluating developers. As more and more companies across all industries are hiring software engineers, it's more important than ever to truly take the time to understand who developers are, what they're interested in, what drives them, and what they look for in a job. Without this, hiring managers will continue struggling to find the best technical people," said Vivek Ravisankar, co-founder & CEO of HackerRank.