IT automation no threat to employee productivity, research shows

A new report from the Economic Intelligence Unit shines a light on management automation fears. 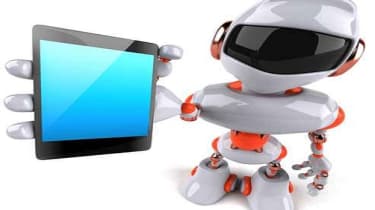 Robots are not taking over the world and there's still hope for the human race, according to a new survey from the Economic Intelligence Unit.

According to the research, nearly three out of four respondents disputed the idea that automation was making employees less creative. In fact, 58 per cent of them thought technology actually improved the creative thinking of their employees.

But it's not all good news. European managers are more concerned about their ability to keep up with technology, and 45 per cent of them felt they were losing their competitive edge, compared with 35 per cent of Asian managers and 37 per cent of those in North America.

Introducing the report, Dennis McCauley, director global technology research for the Economist Intelligence Unit, said the aim had been to look at how the human and technology interaction was playing out within organisations.

"There are a lot of concerns about machines approaching on the domains of human; fears that the robots were taking over. To take some examples, look at Google's driverless cars and what that would mean to taxi drivers or IBM's Watson and its work in heath diagnostics."

But, he added, the fears were unfounded with most businesses using technology for greater creativity.

That being said, there were other concerns. "The people we spoke with said the biggest reason for problems was that systems weren't connected properly."

McCauley said this system disconnect was the cause of technological failures, such as last year's New York Stock Exchange glitch, where a surge in trading caused a massive loss, and the NHS electronic patient records fiasco. "In both those cases, the processes were not right, they were human issues rather than technological ones," he said.

There was one area, however, where technology is hampering creativity, said McCauley. Eighty-two percent of respondents said the time taken up responding to email had increased in the last three years.

He agreed this was an issue that needed to be looked at but said the overall picture for industry was healthy. "The surprising thing for us was how positive the respondents were towards technology. It doesn't have to narrow the scope for being more imaginative and in future, there will be greater harmony between humans and machines."