AWS re:Invent: A blockchain service for the right market at the right time 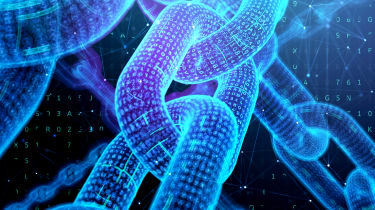 The announcement of blockchain services at AWS re:Invent came as a surprise, but the cloud giant believes it has the right product for the right market at the right time.

Amazon QLDB, a cryptographically verifiable ledger and the Amazon Managed Blockchain, which is a fully managed blockchain service, were unveiled by CEO Andy Jassy during his keynote speech.

The company hadn't shown much interest in the technology before and Jassy said it was because "it hadn't seen any examples in production that couldn't be solved by a database".

Looking at blockchain itself, which is formed from a perpetual list of records, called blocks, linked using cryptography and contains timestamps and transaction data, there are not yet masses of innovative use cases and its original purpose, underpinning cryptocurrency, is not the best example of it as Bitcoin continues to sink.

Then there's the empty hype, such as the Hdac advert that played out during this year's world cup, which offered smart home technology powered by the magic of blockchain, without much explanation of how it actually worked.

But according to Philip Moyer, the global director of financial services at AWS, the Amazon QLDB and the Amazon Managed Blockchain service are not empty products following tech trends or just blockchain for the sake of it, they're what AWS customers have asked for.

"A lot of people would say we are late to the game," he said. "But we actually think we are finding the right product for the right market at the right time.

"Over 90% of our roadmap, is driven by what customers ask us to do. That's a really important aspect, we don't just build science projects, we're really building the things the customers ask us for."

"They were really excited," he said. "They offered loads of support, as did Guardian for those announcements for blockchain-as-a-service and also for QLDB."

"When you deal with very high-value transactions like the financial industry does, having the veracity of that transaction occurred and being able to have traceability of it, especially if you're a large scale, highly distributed bank around the world, if somebody puts in a credit into your bank account in one place and someone makes a transaction in another place at the precise same time, to be able to resolve those things, QLDB is a really exciting advancement for the financial industry."