CIO strategies for moving to a cloud-first business

IT leaders describe barriers to adoption, and why on-premise will have a role for many years to come 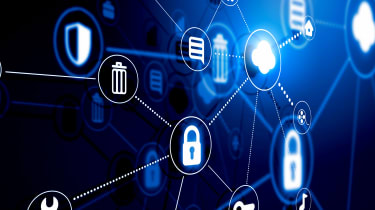 The cloud is now established as a business-as-normal activity. Almost three-quarters of businesses have between one and five years of experience with cloud technologies, according to research by IT industry association CompTIA.

So, what will be the key trends for the cloud through 2019 and beyond, and how can CIOs continue to make the most of the cloud?

Alex von Schirmeister, chief digital, technology and innovation officer at retail specialist RS Components, is using the cloud to provide a platform for digital transformation. He is working to create a cloud-first approach, yet the required balance of business benefit and technological risk leaves von Schirmeister to conclude that there will never be a 100% migration to the cloud.

On-prem will always have a role

"There will always be room for some sort of hybrid solution, where certain aspects of your infrastructure because of issues around criticality, confidentiality or risk will continue being held on-premise," he explains. "There are still many legacy companies, like ours, that are still at an early stage regarding the journey of discovery and the cloud."

"We're still experimenting in many ways. The clear majority of our main infrastructure still sits on a physical data warehouse and it will continue to do so for several years. But we're certainly looking at how we migrate in the future."

That stance resonates with Gregor Petri, research vice president at Gartner, who says most businesses are currently focused on creating a cloud strategy, but concerns remain around existing application portfolios. While some IT leaders might consider lifting and shifting a small minority of services, the majority of CIOs will use the cloud in the future as a platform to deliver innovation.

"That approach means most things will eventually run in the cloud, but not because CIOs pick up existing applications and choose to run them somewhere else," says Petri. Lifting and shifting doesn't give you the benefits of the cloud. But what is true is that the next version of the software you're running today, and in intend to run in the future, will run in the cloud."

The need for reliable governance

This piecemeal approach is a strategy that chimes with Richard Corbridge, who is chief digital and information officer at Leeds Teaching Hospitals NHS Trust. His organisation is aiming to move to a cloud-first policy during the next four years. Corbridge, who joined the Trust late last year, says the transition on demand is taking longer because of those previous investments in internal infrastructure made before he joined.

Now, however, cloud increasingly represents the sensible choice for organisations in his sector. "Healthcare organisations are pushing hard to show that cloud is not just possible but almost mandated as the approach of choice, due to its added security and functionality," says Corbridge. "There's no point in every Trust in the UK investing in their own infrastructure."

He says it makes good business sense for Leeds to use the cloud, especially if that approach helps support better investment in security through the big-budget approach of vendor partners. Corbridge recognises governance is still a concern, suggesting this need to keep a tight grip on data location will help sponsor the use of mixed approaches to the cloud.

"There's probably still a need for a bit of a hybrid solution because of the nature of some of the systems, particularly the legacy technology that some Trusts have," he says, adding the likely direction of travel for European public sector bodies is on demand. "As we modernise, I think we'll ultimately all move more towards the public cloud."

"Cloud is still too expensive"

Like Corbridge, Richard Gifford, CIO at logistics firm Wincanton, says his organisation must deal with legacy concerns. At the moment, his business has a high, fixed-cost legacy installation base. "I'm not able to breathe in easily if circumstances change," says Gifford.

"Equally, we sometimes want to be able to expand rapidly, so that we can serve our customers in a more agile way. That means we're looking to move from a fixed-cost base to a scalable operation."

Gifford says the form of that transition, including choice of provider, is up for debate. The organisation will go to the public cloud for some areas, such as testing and development, and for certain enterprise applications. But where the firm is running 24/7 operations, such as in the case of ecommerce, the cloud is currently too expensive.

So, rather than the commonly-cited security implications of going on demand, Gifford says cost concerns are a bigger impediment to a cloud-first strategy. "We're embracing on-demand IT, but we'll be making a tentative move to the cloud because of commercial reasons," he says.

"In the public cloud, I'm going to have to stand up services to run 24/7, so I'm actually paying for that computing power even if we're not using it. In a private cloud, that situation is different because I'm only paying for the service when I need it."

The future of computing is at the edge

It is reasonable to suggest, therefore, that the approach to the cloud varies between sectors and organisations and that variation will remain a common theme going forward. What is certain, however, is that the cloud will be used to help deliver innovation and new services.

Richard Orme, CTO of Photobox Group, expects the next year or two to be huge in terms of businesses using the cloud to deliver benefits to customers. "People are going to see much more rapid iterations on their apps, software and operating systems and far fewer big, one-off updates," he says.

Further down the line, as cloud becomes the norm, Orme believes there is going to be much greater use of edge computing. This involves the proliferation of smaller, localised data centres that are focused on machine-to-machine interactions, such as those that could be used to power artificial intelligence (AI) initiatives.

"AI requires vast numbers of interactions between two machines for example, your phone and the data centre which holds the AI engine so being physically close makes a big difference in how quickly these machines can interact and, therefore, respond to an end user. As the complexity of AI grows, edge computing and local data centres that are used specifically for super-fast machine-to-machine interactions will become key," says Orme.