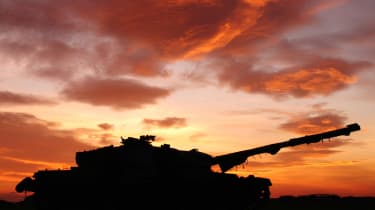 The Ministry of Defence (MoD) has come under fire following the revelation it has wasted millions of pounds on the delayed deployment of a new online recruitment tool for the army.

The 1.3 billion Recruitment Partnering Project system was designed to make it easier for the army to recruit soldiers online, but its deployment has been beset with technical issues and delays.

The system, which is run by IT service provider Capita, is not expected to be up and running until the first half of 2015 and is reportedly costing taxpayers 1 million a month.

Defence secretary Philip Hammond told MPs that spending a further 47.7 million on a replacement system has not been ruled out.

If the MoD decided to push ahead with a new system, it could face the prospect of writing off 6.7 million in project costs, but this plan of action would only cost 4.5 million more than the current solution.

According to a report on the BBC, Hammond has blamed the project's failures on the decision not to let Capita build a brand new online recruitment system for the army.

Instead, it has been tasked with modifying an existing tool called Atlas, which has been subject to a series of workarounds and military intervention to make it easier to use.

The BBC report also claims introducing an interim system, while the new system is worked on, could cost around a 1 million a week.

Shadow Defence Secretary Vernon Coaker, told the BBC the Government needs to be held accountable for the project's issues.

"The blame for the mess we are now in lies squarely with the Government," said Coaker.

"We can't take risks with our armed forces. We can't gamble with our nation's safety and security and doesn't the defence secretary need to get a grip and sort this shambles out?"

IT Pro contacted Capita for comment on this story, but had received no response at the time of writing.