Piracy warnings to be emailed to perpetrators 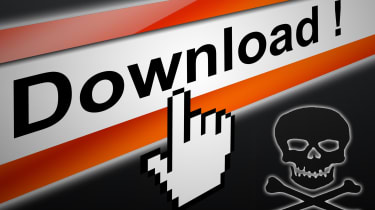 Those who pirate music, films and other media will start receiving emails from their ISP from next year, in the hope it will educate offenders of the damage illegal downloading is having of the music and film industry.

The initiative, officially called the Voluntary Copyright Alert Programme (Vcap) forms part of the Digital Economy Act 2010 and states that household can receive up to four warnings per year, but if those in receipt of the messages decide to ignore them and continue to illegally download material, no further action will be taken.

Those in the film and creative industries whose work is repeatedly illegally downloaded also want the warning letters to include information about penalties people face if they decide to download material without paying and have also requested that a database of repeat offenders is published.

Vcap brings together some of the UK's biggest ISPs including BT, TalkTalk, Virgin and Sky and a number of film industry bodies including the British Phonographic Institute (BPI) and the Music Publisher Association (MPA). It was announced by Vince Cable as part of a 3.5 million campaign to promote legal ways to listen to music and watch films. It's expected smaller ISPs will take the lead of the larger ones and join the scheme in the future.

The MPA's Chris Marcich said: "It is fantastic that the UK creative community and ISPs have come together in partnership to address online copyright infringement and raise awareness about the multitude of legitimate online services available to consumers. We are also grateful to the UK Government for backing this important new initiative."

However, P2P sharing site TorrentFreak announced the ruling on its site with a more negative stance, saying: "While the scheme is being overwhelmed with praise, the parties also announced that the first warning emails will not be sent out before next summer, possibly even later. These delays are a thorn in the side of both copyright holders and the Government, suggesting that negotiations behind the scenes are less uplifting."