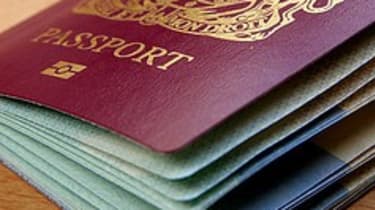 UK immigration staff are being forced to use antiquated IT systems to process cases, after The Home Office pulled the plug on a 347 million project designed to ease their workloads in August 2013.

Details about the IT system's termination have come to light through the publication of a report by government spending watchdog The National Audit Office (NAO).

The report is the result of an investigation into the implications of the Home Secretary's decision in March 2013 to abolish the UK Border Agency and replace it with two separate entities focused on immigration enforcement and visas.

The report acknowledges the challenges the Home Office has faced in pushing ahead with these transitions, but said it expected that the IT problems that have dogged the government's immigration services for several years would have been improved by now.

However, the report states since the decision was made to scrap a 347 million the flagship Immigration Case Work (ICW) system in August 2013, workers have been left to make do with legacy systems, with poor data integration capabilities, and paper-based data capture methods.

This, in turn, has a negative impact on the quality of data staff have access to, the report acknowledges.

"Transferring data manually from paper to IT systems increases the risk of errors and there is no single source of reliable information," the report reads.

The ICW system was commissioned in 2010 as a replacement for the Home Office's Casework Information Database and 20 other systems relating to "casework interactions", the report states.

Time was called on the project last August because not enough progress had been made with its deployment, and now a new system is in the works to replace it that will cost 209 million over four years.

"A new Immigration Platform Technologies programme is replacing ICW and is trialling an agile approach, focusing on incremental improvements," the NAO report states.

"Support contracts for vital legacy systems are due to expire in 2016, before the new programme rolls out fully in 2017," it adds.