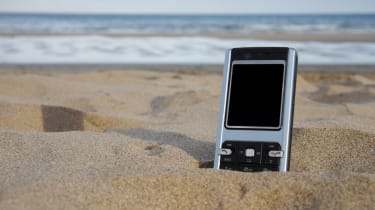 The UK's mobile operators have agreed not to go forward with national roaming plans, investing 5 billion to improve coverage in rural areas across the country currently marred by weak signal.

The introduction of national roaming laws in the UK had been proposed by the government to help eradicate the mobile notspots' that reportedly affect a fifth of the country's population.

EE, O2, Vodafone and Three have all agreed to the plans, which will see them offer better coverage to 90 per cent of the country by 2017. This will effectively halve the number of UK residents who currently experience bad signal in their area.

Culture Secretary Sajid Javid had proposed four solutions to the issue. These included national roaming, in which phones would connect to any available network when out of range of their own, as well as infrastructure sharing, reforming virtual networks and coverage obligation.

Javid said in a statement: "Too many parts of the UK regularly suffer from poor mobile coverage leaving them unable to make calls or send texts.

"Government and businesses have been clear about the importance of mobile connectivity, and improved coverage, so this legally binding agreement will give the UK the world-class mobile phone coverage it needs and deserves."

Ofcom will reportedly monitor progress of the agreement and the communications regulator may take the extra money being invested into account when deciding future licence fees.

The government previously opened the matter up to response from the industry, businesses and the public until 26 November, when a final decision had to be made.

But the UK's biggest providers didn't greet the proposals enthusiastically, citing various issues the move could bring to both their businesses and their customers.

A spokesperson from O2, who claimed that the company is spending 1.5 million per day on improving 2G, 3G, 4G and Wi-Fi connectivity, told IT Pro: "We have made our concerns over the national roaming proposals very clear and have advised the government on a range of alternative solutions to achieve the same ambition, some of which we have already embarked upon."

"National roaming is a regulatory solution that will worsen the experience people have when using their phones and undermine future investment in mobile infrastructure in the UK," they added.

A report from OpenSignal into 3G and 4G connectivity around the UK found that, though London was best for both, 4G speeds had almost halved since more users signed up for the high-speed service from their network. Three was found to have the slowest 4G coverage, while EE had the best.

Dubbing national roaming a "flawed concept" that will "deteriorate network reliability for tens of millions across the UK," a spokesperson for EE told IT Pro: "We're keenly aware there are some parts of the UK where customers still can't get adequate signal levels and, while we're already working on some significant nationwide coverage improvement plans, we also need government to work more closely with the industry to remove the barriers to efficiently building more signal in more places."

Mobile operators and the government first entered talks on how to resolve the problem of notspots in the country's rural areas in June, though no formal agreement has been reached.

Vodafone is reported to have been opposed to the national roaming plans for some time.

"As Vodafone and the other UK mobile operators have told the government directly on a number of occasions, national roaming will not provide the people of the UK with better quality voice and mobile internet coverage," the company said in a statement.

"In fact, it would make coverage and quality significantly worse from the customers' perspective, with a much higher risk of dropped calls, lower battery life and negative impact on services such as voicemail."

There is concern among operators that a move towards national roaming could discourage general infrastructure improvements and drive up costs for users.

Ernest Doku, telecoms expert at uSwitch, said of the proposal: "It's encouraging that mobile blackspots are firmly on the political agenda. In this day and age, mobile signal or the lack of it really shouldn't be an issue, whether you live in the middle of the city or the middle of nowhere.

"Allowing networks to ride on the coat tails of others would remove any incentive for underperforming networks to invest in improving their existing infrastructure... Bills could rise yet again if some mobile networks try to recoup the losses through their customers."

Meanwhile, when asked for a statement regarding the national roaming plans, a spokesperson for Three simply said, "We're reviewing the consultation document."