Autumn Statement 2014: How the UK technology sector lost out

A new tax may go after multinationals, but this election-mode Autumn Statement does little for hi-tech firms 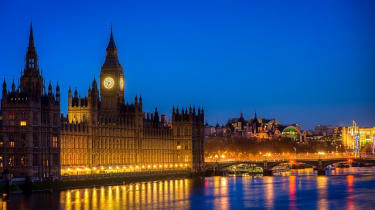 Inside the enterprise: If you didn't know an election is round the corner, you will now.

In his final Autumn Statement of this Parliament, Chancellor George Osborne unveiled several headline-grabbing measures, notably a reform of stamp duty on houses. But there was relatively little cheer for the technology sector.

The Autumn Statement formerly the Pre-Budget Report is when the Government takes stock of the economy and sets out its financial plans. But over the last few years it has become almost a second Budget, with new tax (and spending) measures announced too.

The reforms have overlooked high-growth businesses, with a turnover of between 250m and 600m, which are the bedrock of the UK economy.

There is time for one more full Budget before the election next May, but Mr Osborne gave the impression, in the Autumn Statement, that the campaign had already started. Certainly, the announcements were designed with popular appeal. This was not just a dry digest of economic predictions.

Understandably, the reform of stamp duty dominated the Autumn Statement headlines, but a close second was a measure that could affect technology firms: the new "diverted profits tax".

This, at 25 per cent, is higher than corporation tax, and is aimed at companies that operate here but have "artificially shifted" their profits to lower-tax countries, such as Luxembourg and Ireland, often by way of complex corporate structures. The new charge is even being labelled the "Google tax".

According to The Guardian, Google paid just 20m UK tax last year, on 5.6bn of revenue earned in the UK. Other companies under the microscope include Amazon, and Apple.

The Government hopes to raise 360m a year from the new tax, but ideally wants to see companies pay UK corporation tax instead, rather than moving the money overseas. For the tax to work, though, it will need legislation and, very probably, international agreements too.

Whether a new tax would deter multinational technology firms from investing in the UK remains to be seen. The Government is acting, though, to encourage further investment by smaller firms in research and development.

The Chancellor announced what Sally Jones, a director at accountants Deloitte, describes as a "small but significant increase in tax relief". A firm spending 500,000 on R&D will receive an extra 3,625 back from the Treasury under the new rules.

Mid-sized firms, though, have been overlooked by the Autumn Statement, according to some experts. Conor Shaw, VP for general business and partner channels at SAP, says the reforms have overlooked high-growth businesses, with a turnover of between 250m and 600m, which he calls "the bedrock of the UK economy".

SAP wants to see policies that make it easier for such firms which are too large for small-business tax breaks - to innovate. These views were echoed by James Kershaw, director of SME at Colt Technology Services. "Mid-sized companies are likely to feel short-changed, and not for the first time either," he said.

Mr Kershaw pointed out that, although smaller firms with up to 250 staff can apply for help to upgrade their broadband connections, mid-sized businesses are also still struggling with dated infrastructure.

One solution could be to move North. In his statement, the Chancellor announced plans to create a "Northern powerhouse", driven by investments from a new sovereign wealth fund, and a new research institute, in Manchester, for materials science. If the scheme succeeds, perhaps IT firms too could look beyond the crowded South East when it comes to expansion.