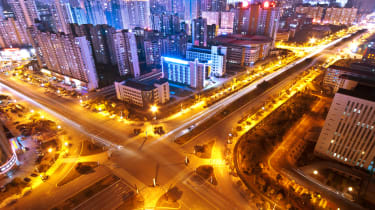 There's no doubt that the UK has always stood high up the rankings for tech innovation within Europe and beyond, with education, funding and start-ups all thriving both in London and further afield. But where does the country stand right now, in the weeks leading up to the general election?

The number of UK tech enterprises grew 11 per cent between 2008 and 2013 compared to just 0.3 per cent of all enterprises, according to Elizabeth Kanter, director of government relations and public policy, global corporate affairs at SAP.

"This has been driven by the convergence of the internet, mobile technology, and the proliferation of data, which has levelled the playing field by breaking down entry barriers to new markets and disrupted traditional business models," she tellsIT Pro.

"The consequence is a landscape of opportunity for entrepreneurs, and an environment conducive to accelerating time to market and scaling up easily. By 2025, micro entrepreneurs' will have unlocked an estimated 9 billion a year in the UK alone."

An environment associated with invention and creativity, the UK has gained a reputation for fostering new talent both in Europe and globally.

"The UK in general terms (but London, specifically) has become Europe's tech hub. It's a gateway to Europe capital flows into the UK and onwards to Europe," says Richard Goold, corporate partner and co-chair of Wragge Lawrence Graham & Co's tech sector team.

"This is incredibly important when you look at the importance of the US to European tech; US VCs are the ones writing the big cheques to invest in the most successful European tech start-ups. And at the other end of the spectrum, it's generally the big US tech companies that are buying those hot European tech companies."

Outside of the enterprise, many believe that innovation lies primarily with start up companies, fresh blood and exciting new ideas that hope to take the industry by storm.

Guy Mucklow, co-founder and CEO of Postcode Anywhere and Big Data start-up Triggar, tellsIT Pro: "The UK is at the forefront of global tech innovation, and in my view it is the small and medium-sized technology companies that are right at the cutting edge.

London has always long been a redoubtable hub for technology start-ups in the UK, with big enterprise companies also more than likely to have their headquarters set up in the city.

Elizabeth Varley, co-founder and CEO of TechHub, a global community for tech entrepreneurs with workspaces in London, tells IT Pro: "The UK is forging ahead when it comes to global tech innovation. It's a world leader in some of the biggest sectors of the global economy such as finance, advertising and retail.

"Many global investors know that the best place to invest in Europe is the UK, as the ecosystem is totally diverse and draws from all over the world.There are 35-plus active global investment funds based in London, which is the highest concentration outside the US."

But recent times have start-up scenes spread across the rest of the UK in a much more noticeable way, to cities such as Birmingham and Manchester.

Meanwhile, other tech clusters have been thriving for years in cities like Cambridge.

Britain's booming technology industry doesn't simply reside in London and London alone, with many initiatives designed to expand this launched over the last couple of years.

One such scheme was TechNorth, launched in October last year in the hopes of creating a new hub in northern cities such as Leeds, Sheffield, Liverpool and the North East.

The following month, new centres were launched in London, Brighton, Sunderland and Bradford with the ambition to help create 10,000 tech start ups.

Furthermore, with more than 47,000 digital tech businesses in the UK, 15 per cent of those created since the economic recession are focused on digital tech.

"The UK's tech sector stretches far beyond the confines of East London or Silicon Roundabout, and much of the innovation that makes the UK a global leader is being driven by companies found across the entire length and breadth of the UK," Triggar's Mucklow adds.