How the EU plans to build a single digital market

European Commission wants to make a single digital market - here's why Nicole Kobie thinks they're right, but may need to go further 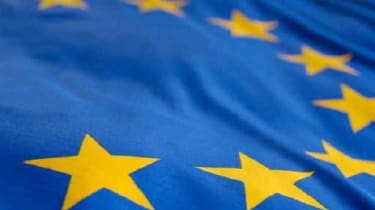 BBC iPlayer that works across Europe; online prices that are the same from country to country and local; privacy-focused IT firms - these and more are the goals outlined by the European Commission as it aims to shift toward a single digital market across its 28 member states.

The EC today unveiled sixteen points to build a single digital market within the EU in the next two years, ranging from simplifying cross-border e-commerce to cheaper parcel delivery, and rationalising VAT to modernising digital copyright.

Plus, it seeks an end to "unjustified geo-blocking", when an online company denies service to a customer based on location, or routes them to a "local" store with different prices. "Such blocking means that, for example, car rental customers in one particular Member State may end up paying more for an identical car rental in the same destination," the EC said in a statement.

It later added that it "wants to ensure that users who buy films, music or articles at home can also enjoy them while travelling across Europe."

Commission President Jean-Claude Juncker said: "I want to see pan-continental telecoms networks, digital services that cross borders and a wave of innovative European start-ups. I want to see every consumer getting the best deals and every business accessing the widest market wherever they are in Europe."

On top of the digital market plans, the EC announced an investigation into online commerce, looking at "potential barriers erected by companies to cross-border online trade in goods and services where e-commerce is most widespread such as electronics, clothing and shoes, as well as digital content". Those barriers are sometimes erected by companies, the statement noted, "with a view to fragmenting the EU's Single Market along national borders and preventing competition".

Margrethe Vestager, European Commissioner in charge of competition policy, said: "European citizens face too many barriers to accessing goods and services online across borders. Some of these barriers are put in place by companies themselves. With this sector inquiry my aim is to determine how widespread these barriers are and what effects they have on competition and consumers. If they are anti-competitive we will not hesitate to take enforcement action under EU antitrust rules."

A preliminary report into the investigation's findings will be published in mid-2016.

It's about time Europe had a single digital market, but whether these goals - none of which are as yet backed by legislation - will achieve that of course remains to be seen.

It makes little sense that an American in California can see the same Netflix shows or hear the same Spotify tracks as their cousins in New England, more than 4,670km away, but Europeans in neighbouring countries are offered differing services. Or that a Brit travelling to Spain can't catch up on favourite shows on iPlayer.

Web services often come up against real-world borders, but Europe has the potential to erase those, at least inside the common market.

And aside from making it easier to get cloud or streaming content, it makes Europe a bigger force in the tech world. This common-market move isn't directly related to Europe's search antitrust case against Google, but it comes from the same mindset: we need to find a way to balance the power of US tech giants, and a strong, common market has more power than smaller, disparate nations.

That's especially key with privacy and security. The EC pointed out that "revelations on surveillance activities and cyber incidents have left no doubt about the vulnerability of Europe, both in its use of ICT and in its own supply of technologies and solutions" - a clear nod to Edward Snowden's NSA leaks.

Because of that, two of the pillars in the plan look to improve how personal data is protected and boost cybersecurity. "Innovative ideas and solutions are needed to better protect our society and economy," an EU statement said. "It is essential to encourage the industry to supply more secure solutions and stimulate their take-up by enterprises and citizens." That sounds like a clear call for European alternatives to US services.

While the goals are good news for online shoppers and anyone using digital services - which, these days, is most of us - it's unclear exactly how the EC will deliver on all of the points, though it's pledged to do so by the end of 2016.

It's unclear how the EC can drive down parcel delivery costs, for example, without actively interfereing with that market. Plus, some of the language is wooly: the EC is only seeking to end "unjustified" geoblocking, raising the question of what is "justified", and it plans to "support an inclusive digital society" but is unclear about what exactly that means.

Some plans are more clear: the EC promised legislative proposals improving copyright laws by the end of the year, and to analyse online platforms such as social media and search, while other areas such as harmonised rules for consumer protection are more clearly within its remit and abilities.

The EC is right to take action to build a single digital market, but whether this is the right action remains to be seen.