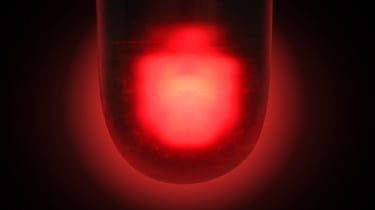 More than half of councils have suffered a data breach in the last two years, a Freedom of Information (FoI) request has revealed.

Of all 433 local authorities sent a request, 55 per cent admitted they have fallen victim to breaches of Official' level data, while many do not actually know how sensitive their data is.

Infrastructure provider Six Degrees Group's FoI found that 60 per cent of councils do not know how much Official-rated data they hold, or where it is.

One authority was hit by a whopping 213 data breaches over the last 24 months, though 34 per cent survived the entire period unscathed by any such cyber attack.

Two-thirds could not say how much of their data was sensitive, and many were unable to rate their data based on the government's security classifications.

"This insight reveals a huge gap in approach within local authorities across the UK, with a worrying majority lagging in their understanding of the actual position they are in regarding data security," said Campbell Williams, group strategy director at Six Degrees Group.

"Breaches are commonplace - and what is equally as worrying is the serious lack of insight they have into their own situation," he added.

The news comes after the Information Commissioner's Office (ICO) called for a more "practical" approach to data protection regulation earlier this week.

It suggested it would not hand out huge fines, even though the much-debated EU Data Protection Regulation proposals could introduce a maximum penalty of five per cent of an organisation's annual turnover.

"It would be a mistake to believe that data protection authorities will be issuing huge fines left right and centre," said information commissioner Christopher Graham.

He pointed to a 250,000 fine his body issued against Sony in 2013 for a vast loss of customer data, saying a larger fine would be harder to levy.