Although most problems have workarounds, the faults mean GPs were unable to refer patients 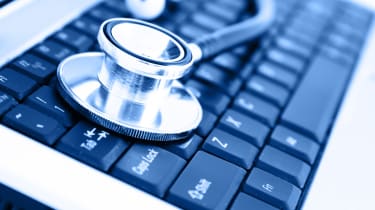 The Health and Social Care Information Centre (HSCIC) has revealed a high volume of problems remain with its new e-Referral service, which only launched yesterday.

The majority of the problems relate to slow loading of various features, searches not displaying correctly (appointments may be hidden off the bottom of the screen) and problems with font sizes.

Additionally, GPs have reported problems when uploading files and loading lists of patient referrals requiring action. One report said a GP was only able to log on to enter one out of four patients and referral forms were being sent via letter after deferring a referral.

Many of the problems listed had workarounds, although five of the problems did not and some features not exist until August, such as the ability for staff to extract data and turn it into a report.

HSCIC said: "There are still a number of known issues, which are currently being resolved. It is not anticipated that any of these issues will pose a clinical safety risk, cause any detriment to patient care or prevent users from carrying out essential tasks.

"Even though we have done a huge amount of testing, it is impossible to test every possible key stroke and action, and new issues may well surface now the system is in use."

The organisation said some of the problems were down to the sheer volume of people using the service and it will update users as it fixes the outlined problems.

The NHS e-Referral service was designed to replace Choose and Book, which launched 10 years ago. It's part of the drive to digitise its services and move away from paper, allowing medical professionals to book appointments for their patients online.