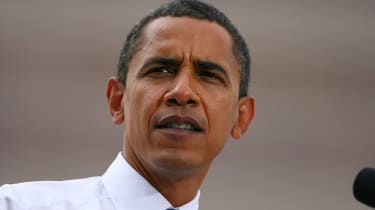 Drones will be banned across large areas of London this week during President Barack Obama's visit to the capital.

The restrictions on the remote-controlled, unmanned aircraft will apply between 9am today and 10.30pm on Sunday.

The ban also extends between London and Windsor, where Obama is due to have lunch with the Queen tomorrow.

"Any small balloon, any kite weighing not more than two kilograms, any small unmanned aircraft and any parachute including a parascending parachute" are also included in the restrictions, the Civil Aviation Authority (CAA) said.

These measures form part of the "overarching security plan" for the visit of President Obama and First Lady Michelle Obama.

It comes just days after a drone collided with a passenger aircraft at Heathrow last week.

The pilot of a British Airways flight from Geneva to London, carrying 132 passengers, told the police an object, believed to be a drone, hit the plane before it landed. Police are now investigating the incident.

Drone regulations are still being shaped by the authorities. Drones can usually be flown up to 400ft (122m), according to the CAA's rules.

But during the presidential visit, regulations prohibit any aircraft from flying below 2,500ft(762m), unless they are using Heathrow, Stansted or London City airports.

Bans on drones have been enforced for other high-profile visits before, and for sporting events, such as the 2012 London Olympics and the British Grand Prix at Silverstone.