BT will raise the costs of its services over summer

Across the board, from landline to broadband, BT will be raising the costs for its services in July 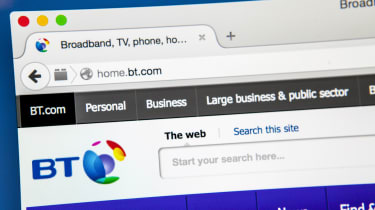 Most of BT's 7.9 million broadband customers will get hit with a rise in their bills, as Britain's most popular provider increases its costs for the second time this year.

The price of having a standard line will be increasing by 1 per month, which in total raises the cost to 18.99. This is an increase of 12 per year that will be affecting around 10 million subscribers.

Broadband customers with standard and unlimited plans will see a price increase as well, raising the costs of their services to 15 and 20. But it should be noted that those with copper lines will pay an additional 2 per month.

The changes also include a rise for BT's superfast broadband Infinity customers by 3 per month, although they're attempting to soften the blow by increasing the speed of their service. The package will now offer 52Mbps rather than its previous mark of 38 Mbps.

There have also been small price raises for the Unlimited Anytime Calls plan, which now includes free calls to BT mobiles. Additionally, BT sport, which is to include all live UEFA Champion League matches, will increase by 1 per month.

"We realise that customers never welcome price rises, but we have again ensured that low-income customers avoid increases," said John Petter, the chief executive of BT Consumer. "And we continue to highlight money-saving options for all customers, including those who just want a great value package of a line and calls, such as Home Phone Saver 2019."

The majority of the price changes will go into effect on July 3.