Google's self-driving car projects get a new home in Motown 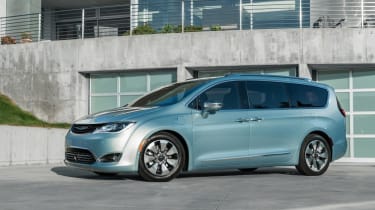 Google is to open an R&D centre just outside the confines of Detroit.

A new 53,000 square foot development centre, which is located in Novi, Michigan, will be used to house engineers of Google and their partners of their self-driving car projects.

"Many of our current partners are based here, so having a local facility will help us collaborate more easily and access Michigan's top talent in vehicle development and engineering," said Google in a blog post.

Google choosing to locate their new research and development centre just outside of Detroit shows the tech behemoth's commitment to a joint relationship between themselves and American automakers.

"For the past few years, members of our team have been working from the Greater Detroit area. Now it's time to lay down roots: we're establishing a self-driving technology development centre in Novi, MI," Google said.

The construction of Google's new facility will mark the first time that the company has had a physical presence in the area.

Earlier this month Google announced that they will be partnering with Fiat Chrysler by adding around 100 of their vehicles to their fleet of self-driving automobiles. Google claims that one of their first priorities at their new facility will be to ready their newly acquired Chrysler Pacifica hybrid minivans.

Google has struck a deal with Fiat Chrysler to put 100 self-driving minivans on US roads.

The search engine giant's partnership with Fiat Chrysler Automobiles (FCA) will mark the first time the company has directly collaborated with an automaker to create any number of self-driving vehicles.

This comes amid a recent coalition between Google, Ford, Uber and Lyft, which was created to help shape the laws and regulations that will be needed for self-driving vehicles to hit public roads.

The test fleets of Google were previously composed of independently bought Lexus SUVs, Toyota Prius, and an in-house made prototype, which has no steering wheel or pedals.

"We're planning to more than double our fleet with the initial addition of about 100 new 2017 Chrysler Pacifica Hybrid minivans, and we hope the first few will be on the road by the end of this year," said Google in a blog post.

The car maker and Google will be collaborating to ensure that the minivans used in the project will be customised so Google's hardware and software can be easier adjusted to the automobiles.

"The minivan design also gives us an opportunity to test a larger vehicle that could be easier for passengers to enter and exit, particularly with features like hands-free sliding doors," Google said.

Google claims that this collaboration will enable them to further realise the potential of self-driving vehicles, along with improving road safety and possibly making transportation accessible to many more millions of people.

Now having expanded their programme to a total of four US cities, Google sees this partnership with FCA as necessary to progress their self-driving technologies.