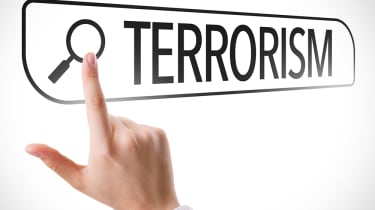 The UK's independent biometrics commissioner has revealed there are more than a thousand extra people innocent than it was initially thought.

A correction has been published by the government, explaining that 53 per cent of the 9,600 individuals on counter-terrorism databases have never been convicted of a crime. The original report said 53 per cent of 7,800 people were innocent.

Biometrics commissioner Alastair MacGregor QC's 20-page revision also exposed that there was more police misuse of National Security Determinations (NSDs) than previously revealed. Originally, the report said that the biometric records of 450 individuals had expired before NSDs could be or had been made in relation to them.

However, the updated report said: "it now appears that by 31 March 2016 the retention periods applicable to the biometric records of around 810 individuals had expired before the NSD process had been completed in respect of them," MacGregor explained.

He went on to say that NSDs would have been made in at least 108 of the cases that expired by 31st March 2016, although the figure may have been larger.

The reason why there was a delay, MacGregor explained, was because there was a delay taking the DNA sample and determining the profile. There was also a delay when processing . He also said there was a software glitch that meant wrong expiry dates were put forward to the Joint Forensic Intelligence Team.

"I shall, of course, seek specific reassurances as to the reliability of any future statistical information that is provided to me by the MPS about the biometric material on the CT databases that is subject to the requirements of PoFA. Once again I have little doubt but that my successor as Biometrics Commissioner will do likewise," MacGregor wrote.