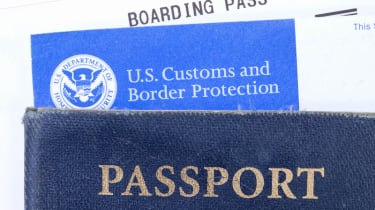 The Department of Homeland Security has put forward proposals that could demand anyone entering the country must disclose their social media usernames and other information so they can be monitored better by authorities.

The proposals would see changes to application forms for visa waivers, asking those applying for access about the social media accounts they use and their unique identifiers, such as usernames.

This information would be used "for vetting purposes, as well as applicant contact information," the official document, added to the Federal Register by Customs and Border Protection (CBP), revealed.

"It's very hard to see travellers not filling out this item - even though it's optional - as they may fear not getting entry into the country," Joseph Lorenzo Hall, chief technologist at the Centre for Democracy and Technology, told the BBC.

"Democracy in general requires having spaces free from government scrutiny and increasingly social life happens online. We would have a poor society if people were chilled from participating in social activity online so I really hope they rethink this."

Before the proposal is made law, anyone with objections must submit their comments within 60 days before the CBP will consider it.

However, a spokesperson for the Association of British Travel Agents added that it was not guaranteed the proposal would take place. "Just as with any change in entry requirements, the DHS will need to balance security issues against the need to encourage people to visit their country," they said.

If passed, the proposals would apply to anyone applying for an ESTA or Form I-94W application, meaning those who are travelling to the USA for leisure purposes would be scrutinised further.