Islamic State's Twitter traffic has fallen dramatically by 45 per cent in two years, the Obama administration has claimed, with pro-jihadi messages on the social media network countered by images and statements about suffering and enslavement enforced by the terrorist group.

Data obtained by the Associated Press show a ratio of anti-ISIS online content to pro-ISIS of six to one, with pro-ISIS accounts down from an average of 1,500 followers each to around 300 each.

US officials have attributed the drop to their work raising awareness of the dangers of joining the group, the site reports, particularly for women and children, following the formation of an international coalition to fight ISIS in September 2014.

The coalition aims to fight the group through military action, cutting off foreign fighters and finances, and battling the extremist ideology that has been growing in popularity in the Arab world and further afield.

Despite initially being shared in the English language, thus limited in effectiveness, images depicting the mistreatment of women and children at the hands of ISIS are now presented almost entirely in Arabic, and messages are now shared by Muslim governments, religious leaders, schools, youth leaders and advocacy groups, rather than the US itself.

Michael Lumpkin, head of the Global Engagement Center which coordinates the fight against extremist messaging for the US government, using a different acronym for the group, said: "We're denying ISIL the ability to operate uncontested online, and we're seeing their social media presence decline.

"Anti-ISIL audiences are increasingly vocal on social media," he continued. "This only weakens ISIL's ability to recruit, a key aim of our messaging efforts."

As the Associated Press notes, authorities have focused on Twitter above other social networks, as ISIS has focused its recruitment efforts on the site, alongside YouTube and Facebook.

Twitter has been doing its own work to stamp out accounts promoting terrorism and extremism, shutting down more than 125,000 accounts earlier in 2016. The social media site has 'more than 100' staff monitoring and removing offensive and dangerous content as part of a 'hit squad'.

In 2015, co-founder of Twitter Jack Dorsey was threatened by supporters of ISIS after the site promised to block accounts associated the group. 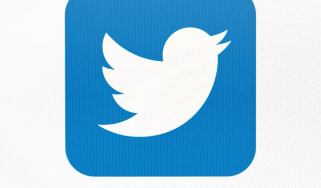