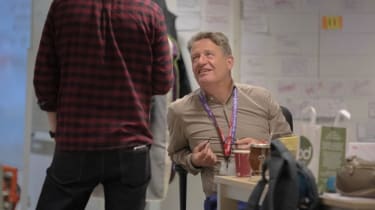 The new head of the Government Digital Service has denied rumours the central innovation unit will be broken up.

Earlier this week, Kevin Cunnington was named the new chief of the GDS, after his predecessor held the office for only nine months, and on the same day that MP Tom Watson said the Cabinet Office unit faced a "minor coup" from other government departments trying to claw back power.

Cunnington used a blog post on the GDS site to attempt to calm such concerns.

"I've read many times about the end of GDS, but it has always come back stronger than before," he wrote. "I want to tackle one thing head on: GDS will not be broken up. We remain part of the Cabinet Office with a clear mandate to lead digital, technology and data across government."

He added: "I say this with the support and backing of John Manzoni, chief executive of the Civil Service and permanent secretary for Cabinet Office. By bringing me in as director general for GDS, John is making it clear that this organisation matters, and is here to stay."

Cunnington said his first priority in his new role was to get to know his team and find out their "plans, concerns and ideas". That will take a few weeks, after which he promised another blog post to update on what's next for the GDS.

Cunnington made to move to chief of GDS from his role as director general for business transformation at the Department for Work and Pensions (DWP), taking over from Steve Foreshew-Cain after nine months.

The leadership change came as concerns bubbled over that civil servants in other departments are trying to claw back power from GDS, which took over key digitisation projects.

"The mandarin machine is taking advantage of the summer hiatus to launch a minor coup, with the Sir Humphreys of Whitehall effectively trying to repatriate powers to their respective departments," Watson said the same day Cunnington was named as head of GDS.

Because of such comments, many are closely watching Cunnington to see what the former department staffer has planned for GDS.