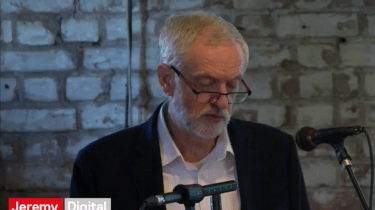 Labour leader Jeremy Corbyn today outlined proposals to deliver high speed broadband to every household in the UK and to draw up a digital bill of rights.

Launching his Digital Democracy Manifesto in Shoreditch this morning, Corbyn also spelled out plans to issue people with digital passports and open sourcing publicly-funded software projects if Labour wins the next general election under his leadership.

However, the politician's speech on technology suffered some technical problems in its Facebook livestream, with the video and audio occasionally cutting out. 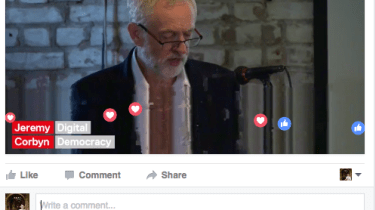 Corbyn, who is vying for the Labour leadership with rival Owen Smith, said: "I don't think it's fair that people living in London can get 4G connections wherever they go [while] other parts of the UK they can't even get a single bar of reception. People are struggling with slow or no internet.

"We want to see a Universal Service Network (USN) that will deliver high quality broadband to all households."

Funding to the value of 25 billion would come from a proposed National Investment Bank, and regional investment banks would be responsible for supporting local access co-operatives for rural areas.

BT is currently responsible for rolling out broadband across the UK, with an aim of reaching 95% coverage by 2020. It has come under scrutiny for missing targets in the past, but in May pledged to pump 6 billion into Britain's superfast and ultrafast broadband infrastructure.

Corbyn's proposed Digital Citizen Passports will give people secure identities when they use online public services like health, welfare, education and housing.

The manifesto reads: "The individual holders of a Digital Citizen Passport will be able to control who has access to their personal data and for what purposes. We will encourage people to share anonymised information for medical, government and academic research."

The concept is similar to the government's Gov.uk Verify scheme, an online identity assurance programme for people accessing online public services, that may yet be widened out to other public bodies like the NHS.

Corbyn's manifesto did not outline how these passports would be protected from hacking except by introducing "strict laws" to make doing so illegal. Such passports would automatically register people as voters in any new constituency they move to.

Corbyn would also ask the public's opinion to help draw up a People's Charter of Digital Liberties.

The Charter would "reaffirm the continued importance of long-held and hard-won individual and collective freedoms within the new information society", and would outlaw "unwarranted" spying by the security services something the Investigatory Powers Bill would sanction.

In a bid to encourage more people to learn coding, Corbyn's Labour government would urge people to make public software projects open source, while the National Education Service would encourage children and adults to learn how to write software and build hardware.

Additionally, an Open Knowledge Library would be established to act as an online repository of "lessons, lectures, curricula and student work from Britain's nurseries, schools, colleges and universities".

Telecoms regulator Ofcom would also be charged with protecting network neutrality from anyone manipulating software algorithms "for private gain", while Labour's National Investment Bank would finance social enterprises whose websites and apps focus on innovation in sectors such as transport, accommodation, cultural, catering.