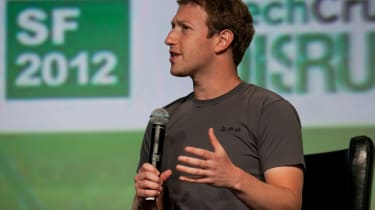 Facebook has been granted a tax break worth 11.3 million, which can be used to offset against future tax bills, despite reaching $6.19 billion in worldwide profits in its latest accounts.

The company paid 4.16 million in UK tax in 2015, according to BuzzFeed News, citing recently-published accounts, and questions have been raised once again as to whether large corporations are paying their fair share. The social network, worth $370 billion, promised to increase contributions to UK tax after paying just 4,327 in 2014, sparking outrage from campaigners.

The tax credit comes after Facebook announced losses in its UK arm, increasing from 28.5 million to 52.5 million.

However following a rule change in the UK, the company was able to offset around 15.5 million of bonus scheme payments after paying staff more than 71 million in bonuses last year, leading to 11.3 million credit.

Following the introduction of former Chancellor George Osborne's new punitive diverted profits tax targeting multinationals, Facebook announced in March that advertising sales would no longer be routed through Dublin, and instead transferred sales activity to London on 1 April.

Turnover for that period in 2015 doubled to 210 million, excluding the estimated hundreds of millions generated from UK advertising revenue.

According to a memo to UK staff at the time, seen by the BBC, Facebook said: "In light of changes to tax law in the UK, we felt this change would provide transparency to Facebook's operations in the UK."

However some have suggested the company has once again used the system to avoid paying their fair tax.

Speaking to the BBC, professor of practice in international political economy, Richard Murphy, said: "Facebook's UK accounts do not represent its real sales in this country. The UK accounts just record the cost it incurs in the UK, with a bit of profit added on to keep HMRC happy."

"Facebook's UK accounts are an exercise in opacity, when what we really need is transparency," said Murphy.

The rule changes in the UK have already contributed to greater tax bills for Facebook, potentially appeasing tax avoidance campaigners. However these changes will likely provide a boost in revenue for 2016 accounts and, with a considerable tax credit, it is unclear what future tax payments from Facebook will look like.

A Facebook spokesperson said: "We are proud that in 2015 we have continued to grow our business in the UK and created over 300 new high skilled jobs. The UK is now home to some of the most innovative technologies in the world including our investment in a high tech solar powered plane centre in Somerset that will help bring the internet to remote areas of the world. We pay all the taxes that we are required to under UK law."