Vodafone fined £4.6m for failing to top up pay-as-you-go customers 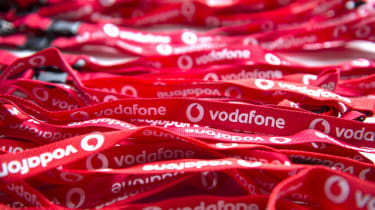 Ofcom has stung Vodafone with a 4.6 million fine for a "serious and sustained breaches of consumer protection rules".

The regulator also criticised Vodafone for failing to act quickly enough to address errors caused by switching to a new billing system. A second Ofcom investigation found the company failed to comply with customer complaint rules, as many Vodafone service agents were not briefed on what constituted a complaint.

The system for handling complaints, including prioritisation and responding in a timely manner, was also severely inefficient, according to Ofcom.

It levied a penalty of 3.7 million for failing to credit pay-as-you-go customer accounts, and an additional 925,000 fine for its poor customer service.

Vodafone has already reimbursed affected customers, and must pay the fines within 20 days.

"We have refunded or re-credited 10,442 customers out of the 10,452 affected. The average refund per customer was 14.35," said Vodafone in a press statement.

The company acknowledged the incidient was a "serious error" and teams "failed to appreciate its significance" once it was discovered. Vodafone has assured customers that it has implemented "system wide changes" to its management system, and has overhauled its escalation procedures in response to the investigation.

"This isn't the first time Ofcom have levied a fine for this type of thing, but it is certainly the largest," said Matthew Howett, regulatory analyst at research firm Ovum.

"Vodafone would have been expecting a fine, particularly given the length and breadth of the investigation. Their conciliatory tone this morning suggests they are now trying to move on from the damage and repair reputations with customers," added Howett.

Following rule changes in 2015, Ofcom has since taken a more aggressive approach to sanctions, particularly against telecommunication companies. Since the changes, the severity of the fine would be determined by the seriousness of the breach, which Howett believes is reflected in today's announcement.

"While the number of affected customers is minimal compared to the total 20 million Vodafone users in the UK, the investigation has been an unwanted headache," said David Cheetham, market analyst at XTB.

"Investors will hope that the firm can move on and look to build on a solid if not spectacular year so far which has seen the stock rise around 10%. The telecommunications company will likely be pleased to have drawn a line under the whole incident and take their medicine in the form of a sizeable fine."

The 4.6 million fine against Vodafone stands as the largest ever penalty issued by the regulator. Last year Ofcom issued a 1 million fine against mobile network EE for similarly failing to handle customer complaints, while TalkTalk and Tiscali were hit with a 3 million penalty in 2011 for breaching billing rules.