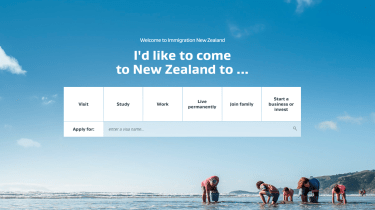 It seems some Americans are also looking to flee to New Zealand, as their immigration website was knocked offline due to a surge of traffic as the US election results came in.

This follows the crash of Canada's immigration site on Wednesday as US voters began to reel from a shock win for Donald Trump.

Americans expressed their dismay at the election results on Twitter, with many considering New Zealand as their best bet.

Don't even think about moving to New Zealand. You shat the bed, now you have to deal with the mess.

New Zealand Now, a partner website offering advice for living and working in the country, saw a similar surge in traffic over the same period.

"In the 24 hours up to 9am local time on Wednesday, NZ Now received 70,500 visits from the US compared to a usual daily average of 1,500 visits," said Greg Forsythe, marking manager at INZ, speaking to the BBC.

American visitors made almost 7,300 registrations of interest in 24 hours, according to Forsythe, up from the normal 3,000.

A surge in traffic following Donald Trump's victory in the US election crashed the official website for Canada immigration, officials have confirmed.

People initially linked the outage with Trump's surprise win, saying it showed Clinton supporters were looking into the possibility of leaving the US altogether.

A spokeswoman has since told IT Pro that the crash was indeed down to a "significant increase" in traffic experienced earlier today.

She said: "On November 8th, The Immigration, Refugees and Citizenship website (cic.gc.ca) became temporarily inaccessible to users as a result of a significant increase in the volume of traffic. Shared Services Canada worked through the night and continues to work to resolve the issue to ensure that the website is available for users as soon as possible.

"Please note that the Government of Canada is committed to secure and reliable IT infrastructure to ensure high quality services to all users."

Following Trump's victory, the website for Citizenship and Immigration Canada simply displayed a 'This site can't be reached' page, with some observers attributing this to plenty of Democrat-voting Americans trying to apply to live in Canada.

Parks & Recreation star Ben Schwartz tweeted: "I was gonna write this as a joke but found out it was real. The Canada Citizenship and Immigration site crashed around 8 PM"."

oh my god the canada immigration website is crashed because of #ElectionNight pic.twitter.com/cEBWfG1fbo

The site has since come back online, though the outage was one of several technical difficulties experienced at the close of the US election.

A Utah call centre providing a get-out-the-vote service for Hillary Clinton's campaign, called TCN, was a target of Republican-motivated hackers, according to The Verge.

A user posted on 4chan to say they would attack any pro-Clinton campaign tools "like a wild animal", using DDoS attacks based on the open source Mirai botnet to bring them down.

This story was originally published at 11.22am, and was updated at 2.15pm to include comment from a spokeswoman for the Immigration, Refugees and Citizenship website. 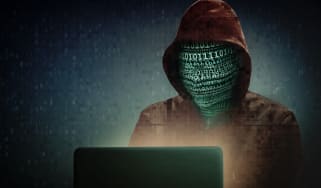