The sector contributes more than 8% of all UK jobs 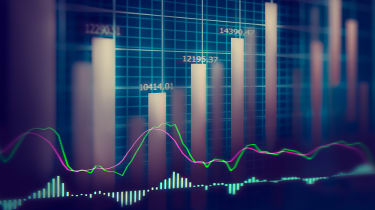 The software industry contributes 125 billion a year to the UK economy and supports just under 2.6 million jobs. That's according to a new report from the BSA, a trade group representing the global software industry.

Revealed as part of a wider study into the impact of software on the EU's economy conducted by The Economist Intelligence Unit, the figures reveal how vital Britain's tech sector is to the country as a whole.

"Unlike traditional industry sectors, software doesn't need an external catalyst for change - it is the catalyst," said BSA president and CEO Victoria Espinel. "Software will continue to revolutionise how we work, communicate, plan, and create, in ways that we can only now begin to fathom."

"Software-driven data innovation and data analytics are leading to benefits throughout broad sectors of the EU economy. Every aspect of every business and every government department depends on software to become more inventive, more creative, more competitive, and more efficient."

The study revealed that the software market directly contributed over 50 billion to the UK economy in 2014, which equates to almost 3% of the nation's total GDP. When factoring in induced and indirect effects, the total sum added rose to 124.8 billion , or over 7% of the UK's GDP.

Software is being touted as the central ingredient of the so-called 'fourth industrial revolution' - a business paradigm shift driven by data science and analytics. Concerns have been raised, however, about the potential impact of regulations like GDPR.

"We urge regulators to seize the opportunity to craft a regulatory framework that will allow such promising technology to thrive," Espinel said. "Championing the free flow of data across borders, opposing mandates on data localisation, fostering IoT technology applications, and pushing for the development of the next generation of digital standards in international fora would send a strong signal that the UK is ready to fully embrace the benefits of software."