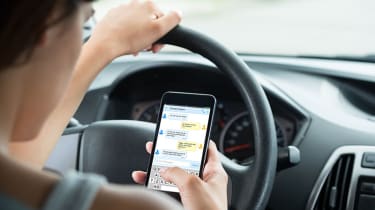 The government is reportedly working closely with mobile phone networks and car manufacturers to develop the technology to stop car people using their phones while driving.

According to Metro, the Department for Transport wants to stop drivers being able to use their devices while in charge of a vehicle. Although anyone found to be using a phone while at the wheel is subject to a fine, the on-the-spot charge of 100 has done little to prevent people using them. An RAC survey recently revealed a third of people have used their device while driving over the last 12 months.

Transport minster Andrew Jones is thought to be leading the initiative, which would use software to block the use of mobile phones while in a moving vehicle. The plans are also said to have solid support from the entire government.

"It is time to make using a mobile phone while driving just as unacceptable as not wearing a seat belt or drink-driving," Baroness Newlove, the victims' commissioner, said in a debate last week. "We need better education and hard-hitting messages to ensure the next generation know what could happen."

Although smartphone manufacturers are being pressured to integrate driving mode technology into their devices, which would work in the same way as flight mode when on an aeroplane, this depends on the owner actually activating it.

The Department of Transport plans to double the fine for using a mobile phone at the wheel to 200 next year, which should act as a deterrent, although it still says it plans to introduce a Think! campaign specifically focused on texting at the wheel.

"We are determined to crack down on mobile phone use at the wheel, and our plans to double penalties for this serious crime should act as an incredibly strong deterrent," the government said in a statement.