NHS IT director and tech vendor jailed for corrupt contracts 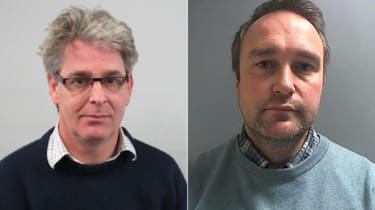 A corrupt NHS IT director who accepted bribes in exchange for IT contracts has been sentenced to three and a half years in prison.

Sentenced on Friday, 6 January, Peter Lewis, 57, admitted to receiving 80,000 in corrupt payments in exchange for lucrative IT software contracts, valued at 950,000 in the first year.

Richard Moxon, the supplier of software that recorded accident and emergency data at the Royal Surrey County Hospital in Guildford, also admitted to bribing the NHS official and has been jailed for 14 months.

Moxon, 41, of Wybunbury in Cheshire, transferred nine payments totaling 73,770 to Lewis between January and December 2011, as well as a single payment of 7,200 to settle a debt Lewis had at a local stables.

Lewis, of Windlesham, Surrey, had been director of infomatics at the Royal Surrey County Hospital NHS Foundation Trust since 2009, and was responsible for management of finances and the awarding of contracts.

Each month, Moxon would hide the bribes through multiple invoices from different companies under his control, all valued at 15,000 so they could be signed off without oversight.

The fraud came to light after the trust conducted a disciplinary investigation into his relationship with another supplier.

"Peter Lewis sought to greedily divert money from the NHS into his own pockets," said detective superintendent Karen Mizzi, head of Proactive Crime for Surrey Police. "While I am glad to see justice being served through his custodial sentence, my team is now focusing on recovering the money Lewis made from his crime, and returning it to the NHS."

An investigation by Surrey Police found that 40% of the ICT products supplied by Moxon did not fulfill the needs of the trust. As a result of the scam, the trust declared losses for the 2011-12 financial year of 433,000.

The hospital was able to recuperate some of the lost money by integrating software supplied by Moxon into a new system in August 2012, however direct fraud against the Royal Surrey hospital amounted to almost 81,000.

"Royal Surrey expects its staff to act with honesty and integrity at all times and will fully investigate any suspicions of wrong-doing," said Alf Turner, deputy chief executive of the Royal Surrey County Hospital Trust.

"Mr Lewis broke these fundamentals and we are pleased that, although it has taken a long time, justice will be served. We would like to thank the police for their ongoing support in pursuing this matter to its positive resolution," added Turner.