Renowned speaker Sir Ken Robinson is due to deliver a keynote at Bett 2017. Catch up on his past talks here 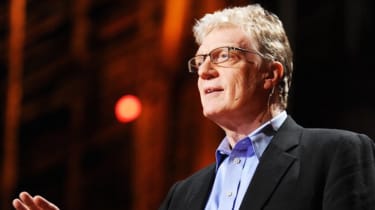 One of the highlights of Bett 2017 looks to be a keynote speech by Sir Ken Robinson, taking place on 27 January in the Bett Arena. If you're familiar with Robinson's work, you'll know that he has a distinct ability to balance dry humour with a powerful message about the importance of creativity in education. If you've never come across him before, now is a great time to catch up on his past talks.

Robinson has had an illustrious career as an author, speaker and advisor to a range of government and non-government bodies. His main topic is the meeting point between education and the arts -- a subject he has amassed a great deal of experience on through professorial positions at universities and advisory roles at galleries including Los Angeles' Getty Museum.

Most people will know Robinson, however, because of his extremely popular TED Talks. His 2007 keynote -- "Do schools kill creativity?" -- is in fact TED's most-viewed talk of all time, with 11,454,271 views at the time of writing. If you've not seen it yet, it's well worth spending 20 minutes to watch.

In 2010, The Royal Society for the Encouragement of Arts, Manufactures & Commerce (RSA) animated another speech by Robinson about the need to change education paradigms. Again, the focus here was on the necessity of updating our education systems, and combatting the growth of standardised testing.

Robinson has returned to TED a number of times, most notably in a 2010 talk entitled "Bring on the learning revolution!" and a 2013 talk titled "How to escape education's death valley". Both of these cover similar ground, but both press convincingly on the need to champion arts education in a 21st-century learning paradigm. They're well worth watching if you have a few spare minutes during your lunch break.

Twenty-minute talks are a good way to get a feel for Robinson's approach to education, but for a fuller account of his pedagogy, you'll want to read some of his books. His most recent publication is Creative Schools: Revolutionizing Education from the Ground Up, written with Lou Aronica. Another well-known book penned by Robinson is The Element: How Finding Your Passion Changes Everything, also in collaboration with Aronica. You can find links to both of these below.