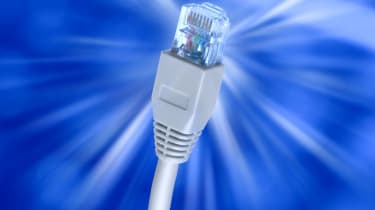 President Donald Trump has confirmed the appointment of an anti-net neutrality politician to chairman of the US Federal Communications Commission (FCC), drawing criticism from digital rights campaigners.

The FCC, which is the US telecommunications watchdog, is in charge of regulating America's cable and broadband providers, and in 2015 famously voted in favour of upholding net neutrality, which states that US internet service providers (ISPs) cannot deliberately throttle the internet speeds of specific apps and services.

Consumer groups fear that without these rules, ISPs - which often operate what amount to regional monopolies - will be able to simply choke off access to the online services of competitors, driving smaller rivals out of business.

Republican and new chairman Ajit Pai, however, is a vehement opponent of these principles and has vowed to dismantle them as part of his tenure as FCC chair. "During the Trump administration, we will shift from playing defense at the FCC to going on offense," he said late last year. "We need to fire up the weed whacker and remove those rules that are holding back investment, innovation, and job creation."

This afternoon, I was informed that @POTUS @realDonaldTrump designated me the 34th Chairman of the @FCC. It is a deeply humbling honor. pic.twitter.com/Joza18aP33

Pai was appointed as the FCC's senior Republican party commissioner in 2012, after being employed by telecoms industry giants such as Verizon. Major industry players have praised his appointment, such as Comcast senior executive vice president David Cohen.

"We commend [Pai's] tireless efforts to develop and support policies that benefit American consumers and spur greater investment and innovation in broadband technologies to connect all Americans and drive job creation," he said in response to the news.

Pai has previously noted that a merger between Cohen's company and major rival Time Warner Cable - a deal that was heavily opposed for being anti-competitive and bad for consumers - would be more likely to be approved by a Republican administration.

He was slammed by the president of advocacy campaign group Free Press, Craig Aaron, according to Reuters, who said that "[Pai]s never met a mega-merger he didn't like or a public safeguard he didn't try to undermine".

The news has met with similarly severe opposition from both smaller internet companies and net neutrality advocates, many of whom have taken this as a sign that Trump will be gutting these policies at the earliest opportunity.

"If there were any doubt, Pai's appointment proves net neutrality is firmly in Trump's crosshairs," said iPass CEO Gary Griffiths. "On the campaign trail, Trump was a vociferous opponent of net neutrality and has proceeded to staff his FCC transition with ardent net neutrality opponents such as Pai."

Trump has two more slots to fill on the five-chair committee, and while he can only appoint one more Republican due to balance regulations, the FCC is nonetheless set to end up in Republican hands.

"One thing is for certain," Griffiths said; "the next four years promises to be a turbulent time for the open internet - which has never seen a threat quite like this."