DCMS blasts phenomenon as "a threat to democracy" 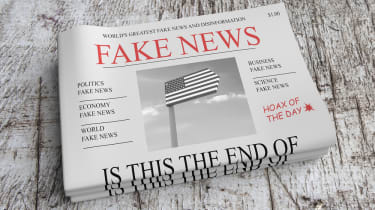 The government is today launching an inquiry into fake news', hoping to quell the spread of online lies and propaganda.

The inquiry will examine a number of questions surrounding the topic, including how changes in online advertising have affected the growth of fake news, the difference between alternative media' and outright fake news, and the way different demographics and types of people respond to fake news.

The investigation is being spearheaded by the Culture, Media and Sport Committee. Chairman Damian Collins has called the phenomenon "a threat to democracy," and warned that it "undermines confidence in the media in general".

The issue of hyper-partisan news outlets publishing heavily biased - or outright falsified - news stories has come to the fore in recent months, with claims that fake news influenced the outcome of the US presidential elections.

Such stories are often spread primarily through social media platforms such as Facebook, and Collins has said that the owners of these platforms need to do more to fight back against those spreading them.

"Just as major tech companies have accepted they have a social responsibility to combat piracy online and the illegal sharing of content, they also need to help address the spreading of fake news on social media platforms," he said.

He also called for new tools to help consumers judge the legitimacy and trustworthiness of online news for themselves.

"The committee will be investigating these issues," Collins said, "as well as looking into the sources of fake news, what motivates people to spread it and how it has been used around elections and other important political debates."