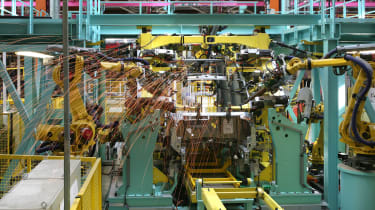 If robots are to take jobs away from humans, it stands to reason they should start paying their fair share in tax, according to Bill Gates.

Speaking in an interview with Quartz, the former Microsoft boss argued that governments should be able to tax companies that make use of robots, as a way of slowing down the growth of automation and to provide funds for creating employment elsewhere.

"Certainly there will be taxes that relate to automation," argued Gates, adding that unchecked automation may lead to massively reduced income tax revenue.

"Right now, the human worker who does, say, $50,000 worth of work in a factory, that income is taxed and you get income tax, social security tax, all those things. If a robot comes in to do the same thing, you'd think that we'd tax the robot at a similar level."

"There are many ways to take that extra productivity and generate more taxes," added Gates. "Some of it can come on the profits that are generated by the labor-saving efficiency there, some of it can come directly in some type of robot tax. I don't think the robot companies are going to be outraged that there might be a tax."

Gates founded Microsoft, which is one of the companies leading the development of AI, but he has also spoken out several times against the prospect of intelligent machines, saying that some decades after they are capable of doing human jobs, they may become a threat.

His latest comments come shortly after an attempt by EU lawmakers to create EU-wide legislation that would impose taxes on companies putting human workers out of a role, which was rejected last week.

But Gates maintained that given many manual jobs such as warehouse work and cleaning roles will become automated over the next few decades, it is important to have policies that deal with the changing nature of the workforce. Over 15% of UK jobs are at risk of automation over the next two decades, according to recent research by the University of Oxford, while the Bank of England has identified 15 million at-risk roles over the same period.

"It is really bad if people overall have more fear about what innovation is going to do than they have enthusiasm. That means they won't shape it for the positive things it can do. Taxation is certainly a better way to handle it than just banning some elements of it, but innovation appears in many forms," he said.

The onus is on government to figure this out, according to Gates, and nations cannot rely on businesses coming up with plans for automation. With a growing displacement in the workforce, this excess labour can be used to bolster social services and education, but it requires government oversight to make that happen.

"The nice thing about taxation though, is that it really separates the issue: "Ok, so that gives you the resources, now how do you want to deploy it?"