Commissioner looks to limit use of CCTV 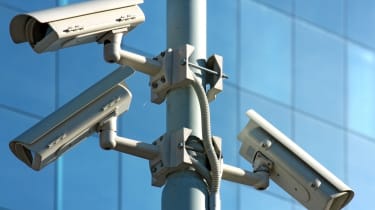 Public privacy is at risk of mass scale invasion as an increasing use of Big Data and a surge in the amount of overt CCTV has left regulators struggling to keep pace, according to the UK's surveillance commissioner.

Alongside the launch of a new three-year strategy on Tuesday, surveillance camera commissioner Tony Porter told the Guardian that the UK government is falling behind the pace at which new CCTV technology is being implemented.

The 2017-2020 National Surveillance Camera Strategy for England and Wales, which was first proposed in October and has now passed through its consultation phase, aims to establish a code of practice for the use of CCTV equipment, including the use of body worn cameras and automatic number plate recognition.

Under the strategy, disparate groups and regulators would be brought together in an attempt to create a set of coherent rules, limiting the use of surveillance cameras to times when it was deemed proportionate and necessary.

However, Porter has expressed alarm that the increasing number of CCTV devices could lead to more invasive surveillance tactics than anticipated, as video footage is now being linked with data analysis tools like facial recognition or being cross referenced with other monitored personal data and activities.

"I'm worried about over surveillance becoming much more invasive because it is linked to everything else," Porter told the Guardian. "You might have a video photograph of somebody shopping in Tesco - now it is possible to link that person to their pre-movements, their mobile phone records, any sensor detectors within their house of locality."

"As smart cities move forward, these challenges are so much greater for people like myself, and members of the public need to decide whether they are still happy with this."

Although there are an estimated four to six million CCTV cameras in the UK, new technology is changing the nature of surveillance, as we no longer rely on just cameras for spotting crimes. The use of body worn cameras is becoming the norm for police forces across the country, and drone technology is regularly being deployed to help solve crimes or missing person reports.

However despite the benefits to policing, Porter argues that privacy is not always a priority when deciding to use the technology, adding that the Metropolitan police in particular were playing "fast and loose" with public privacy by planning not to erase number plate records after a two-year period.

Porter highlighted the case of the London Olympics in 2012, in which millions of vehicle registration plate records were obtained, but subsequently never deleted in the time since. Police forces are obligated to delete number plate records after two years, or they risk the possibility of legal challenges.

"The nightmare scenario is that there is a lack of understanding about how big and effective this can be," said Porter. "This technology is there to protect us, but there needs to be informed consent about what it is capable of doing. Body-worn video or facial recognition - that can identify people on databases who didn't know they were on databases."

Porter has urged authorities to adopt his code of practice set out in the three-year strategy, which would limit the use of surveillance cameras to only when there is a clear need to safeguard the public.