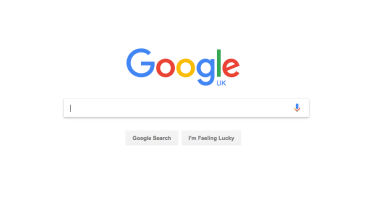 Google has asked roughly 10,000 independent contracts to flag any unsettling or offensive content in an effort to ensure that queries like "Is the Holocaust real?" do not turn up results that would provide users with propaganda and misinformation.

These contractors, referred to as "quality raters", according to Search Engine Land, are used by Google to evaluate search results. While they don't have the ability to directly alter which results appear or in what order, the data they produce is used to improve the search engine's algorithms and AI systems.

The guidebook used by the quality raters has been recently updated to include an 'upsetting-offensive' content section, informing them about what type of content should be flagged under this designation.

"Remember that users of all ages, genders, races, and religions use search engines for a variety of needs," noted the guide on the need for the upsetting-offensive content flag.

According to the guide, content that promotes hate or violence based on religion, nationality, ethnicity, and citizenship are subject to being reported. This allows the raters to flag certain results revolving around issues like Holocaust denial and antisemitism.

These efforts come after a 2016 incident where the number one result for "did the Holocaust really happen?" provided a shocking response - no, it didn't. The result also led users to Stormfront, a white supremacist, neo-Nazi forum. Several other results appearing on the first page provided similar answers as well.

Following intense backlash after the Guardian highlighted the issue, Google has been working on ways to improve its search engine so that offensive and upsetting content, along with misinformation and propaganda, does not find its way to the top of the results page under particular queries.

While Google results are now capable of getting flagged for being offensive or upsetting, Google is not removing this content from the search engine entirely; it is simply preventing these results from appearing to those who are not looking for it.

For example, someone searching "did the Holocaust happen?" won't be seeing results claiming that it hasn't. Someone searching for a neo-Nazi website by name, on the other hand, will be able to access it.