Technology firms have called for the next government to double down on digital businesses and the economy, after yesterday's general election resulted in a hung Parliament that could lead to a fresh election, minority government, or a pro-Brexit coalition.

The Conservatives failed to gain the 100-plus majority the party had sought from yesterday's snap election called by Prime Minister Theresa May.

Instead, at the time of writing, the Tories had lost 12 seats, falling to 317, nine seats off being able to form a majority government. Labour's surprise success saw the party reach 261 seats under leader Jeremy Corbyn, while the Liberal Democrats moved up to 12 and SNP down to 35.

With the resulting hung Parliament, a minority Labour or Conservative government, an informal alliance between the Tories and Northern Ireland's pro-Brexit Democratic Unionist Party (DUP), which won 10 seats, and a new election are all on the cards.

May has nowreportedly made a deal with the DUP, and is set to travel to Buckingham Palace after midday to ask the Queen's permission to form a government.

So searched-for has the DUP proved in this morning's aftermath that its website even crashed. 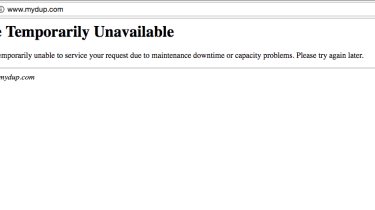 Amid the uncertainty, tech firms called for the next government to focus on the digital sector in order to shore it up against the risks of Brexit and political scraps.

Julian David, CEO of techUK, an industry body representing hundreds of UK digital firms, called for "bold policy making" to put Britain on the right tracks for the future.

"It is vital that the UK remains an open and dynamic economy in which tech businesses of all sizes can be the engine of inclusive growth," he said, adding: "Decisions that will have to be taken over the next five years will shape the UK for generations to come."

"The new Parliament must come together to face the significant challenges not only of Brexit, but rapid global digitisation," David continued.

"To thrive, the UK needs to be at the forefront of countries that are inventing the future, not just by leading in innovation and the use of new technologies, but by enabling the economy to adapt and people to flourish. This will require some big thinking and some bold policy making."

Cloud management firm Cloudreach's head of Europe, Chris Bunch, said promoting digital skills would be vital in creating that open economy - the dearth of skilled workers costs the UK 63 billion every year, according to Science and Technology Committee research.

"As the new coalition is assembled in the days and weeks ahead, we urge them to focus on closing the digital skills gap," said Bunch. "Building a strong digital economy could lead to the UK thriving in the Brexit years."

Saying his firm is looking for 100 new staff as it grows in the US and Europe, Bunch added: "We try to reduce the skills gap by recruiting from a wide variety of backgrounds, including inspiring those in their first role to move into the world of cloud technology. We hope the new government will think outside of traditional education to drive the UK's digital economy to a world-leading position."

"It's time the growing needs of the UK's two million freelancers and contractors were truly prioritised," CEO Seb Maley said.

"It's clear that any incoming government has a fresh opportunity to work with freelancers and contractors to build a fairer, smarter and simplified tax system - and one which the independent workforce, the economy and indeed any government will benefit from."

Chris Francis, director of government relations at SAP, added that while it's "encouraging" to see digital innovations in most parties' manifestos, the next government must improve national productivity and digital transformation.

"In particular if the commitments to improve public procurement is achieved by using business-to-business platforms to break down the silos between public and private procurement, SAP calculates that for every pound the government saves in procurement could be a pound into the SMB economy," he claimed.