Why sites should go offline to save the web 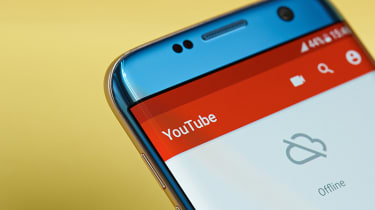 Net neutrality is the well-established principle of treating all internet traffic equally. It means your broadband provider will give the same priority to traffic from your website as it would Facebook's or YouTube's or anyone else's.

President Trump's advisors are not keen on this legislation, most likely because it's not got enough dollar signs in it. Instead, they're siding with America's telecoms providers, who want the option to charge Netflix and YouTube -- and you and me to put their traffic in the 'fast lane'. They may even reserve the right to block websites altogether. So if, let's say, Trump.com paid an American provider $5m, it could slow or bar access to the websites of other hotel chains. Or even political rivals.

Scrapping net neutrality plays straight into the hands of the big boys. If, 10-15 years ago, internet providers were charging companies to make their content run smoothly over their networks, there would be no YouTube, no Netflix and no Spotify, because these startup companies wouldn't have been able to afford the fees. It's expensive enough to run servers to reach millions of people, let alone pay the broadband providers to make sure that content gets through.

As a group of 800 tech startups wrote in an open letter to the US Federal Communications Commission (FCC) earlier this year: "Without net neutrality, the incumbents who provide access to the internet would be able to pick winners or losers in the market. They could impede traffic from our services in order to favour their own services or established competitors. Or they could impose new tolls on us, inhibiting consumer choice."

This makes it all the more staggering that companies such as Amazon and Netflix are leading the protests, because if they were acting entirely in their own interest, they could wipe out competition in a heartbeat. Both companies are rolling in cash and can afford life in the fast lane. They could consign rival video services to 'buffering' screens, making their own services as untouchable as BBC 1 and ITV were on British television a generation ago. There would literally be no competition.

Instead, they've done the decent thing and joined dozens of other companies in protesting against the threat to net neutrality. At the time of writing, it wasn't clear what form the protest would take, but I know what I'd love them to do: switch their sites off.

Do it for an hour, for an evening, or ideally for the whole day but make everyone realise what the net would be like if some of the massive sites we rely on simply weren't there.

Have they got the guts to do it?

I'm not sure, but Donald Trump has certainly got the nerve to push his legislation through. The cost of scrapping net neutrality will be far greater than a few hours offline.