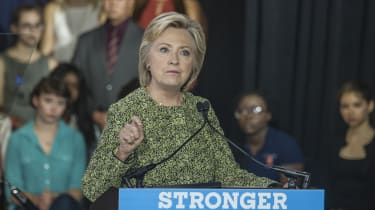 White House officials, led by the White House counsel's office have begun looking at batches of emails stored on the White House server going to and from top advisors' private accounts, four officials familiar with the matter told Politico.

One of the sources, according to Politico, stated that the White House would be analysing the messages to determine if the undisclosed emails related to the investigations into the Trump campaign's alleged collusion with Russia, as well as any confidential government secrets.

To add further embarrassment, Kushner's lawyer Abbe Lowell accidentally forwarded an email from the chairs of the Senate Intelligence Committee to notorious email prankster Sinon_Reborn (recently revealed by Wired to be UK web designer James Linton), marking the second time that Lowell has been duped by Linton.

The email, sent from chairman Richard Burr and vice-chairman Mark R. Warner, sharply reminded Kushner that the Committee had requested him to retain and provide all relevant communications pertaining to the Russia investigation.

Press Secretary Sarah Huckabee Sanders told reporters yesterday: "The White House has been clear and instructs all staff to fully comply with presidential records acts. All staff has been briefed on the need to preserve those records, and we'll continue to do so."

US officials are now demanding more information from White House counsel Donald McGahn, via a letter from the House Committee on Oversight and Government Reform. McGahn has until 9 October to identify "any non-career official" who used a personal account for official White House business.

This behaviour is not illegal, provided that the emails are forwarded to an official account for auditing and oversight purposes, which Lowell claims Kushner did. He also said that less than 100 emails were handled.

However, the revelations have drawn accusations of hypocrisy from many pundits. Hillary Clinton's use of a private email server was one of Trump's main points of attack during the presidential election campaign, with Trump stating that it was evidence of corruption on the part of his opponent. Clinton and her allies pointed to then-FBI director Jasmes Comey's decision to re-open the investigation into Clinton's emails on the eve of the election as one of the main reasons she lost.

One of Trump's most popular campaign slogans was "lock her up", and the president repeatedly pledged to do everything in his power to get his political rival thrown in jail for the same thing that his son-in-law and close political advisor has now admitted to, before walking back from those promises once elected.

IT Pro has contacted the president for comment. We will update when we receive a response.