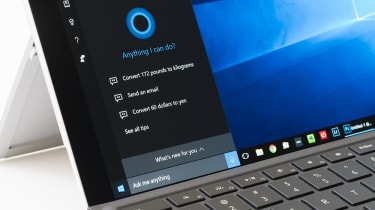 The Dutch Data Protection Authority (DPA) has alleged Microsoft is breaching the country's data protection laws because it processes personal data of the country's citizens without clearly stating what it does with the information.

The DPA investigated how Microsoft collects and processes information on Windows 10 Home and Pro versions, saying the company fails to state what data it collects and how it uses it, and doesn't offer users the opportunity to give consent.

Microsoft collects data from users browsing the internet on its Edge browser, including information about the apps in use and which pages they are visiting if the user doesn't turn these off manually. The DPA argues that Microsoft should disable the tracking of such information by default rather than requiring users to turn it off via the settings

"It turns out that Microsoft's operating system follows about every step you take on your computer. That results in an intrusive profile of yourself," according to Wilbert Tomesen, vice-chairman of the Dutch DPA. "What does that mean? Do people know about this, do they want this? Microsoft needs to give users a fair opportunity to decide about this themselves."

The DPA said there are four million devices actively using Windows 10 in the Netherlands, collecting telemetry data that the company claims is used to improve its products and services. However, it's also used to offer personalised advertising experiences and recommendations to Windows 10 users, which the company said is against its regulations.

"The way Microsoft collects data at the full telemetry level is unpredictable," Microsoft explained in a note on its website. "Microsoft can use the collected data for the various purposes, described in a very general way. Through this combination of purposes and the lack of transparency Microsoft cannot obtain a legal ground, such as consent, for the processing of data."

The DPA said Microsoft must change its policies to ask users whether they wish to opt in or out to telemetry upon installation in future.