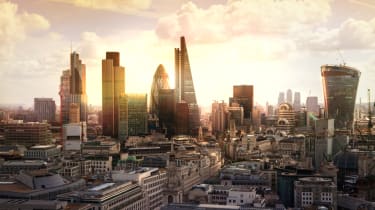 Computer programming led UK GDP growth in the third quarter of 2017, with activities increasing by 1.9% year-on-year.

The industry added 0.05 percentage points to GDP growth of 0.4% between July and September, according to figures published today by the Office for National Statistics (ONS).

The ONS credited coding's growth to "its high weight within GDP". While motoring and retail also performed well, construction contracted for the second quarter in a row.

"However, the importance of 'programming' to our economy is not the whole story. Like almost every other industry, tech is having to deal with uncertainty around Brexit and sluggish overall growth.

"If the government is to continue to rely on 'programming' and other fast-growing elements of the tech industry to underpin our economic future, then it must make supporting these industries a key plank of the upcoming budget and a priority in the Brexit negotiations."

While computer programming grew 3.3% in August, it hit 5.2% growth in June and 8.5% in February, suggesting growth is slowing overall.

The UK's GDP growth was widely seen as enough to justify an interest rate increase in November, up from the current record low rate of 0.25%.