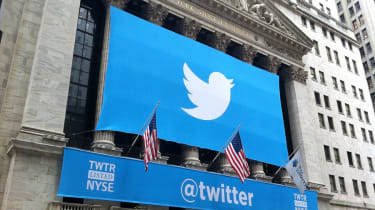 In what appears to be a final flourish as they left their job, a rogue Twitter employee temporarily dectivated Donald Trump's account overnight.

The US President's personal Twitter account (@realDonaldTrump) seemingly disappeared on Thursday, leading some to speculate he had finally been suspended after months of complaints from other users. For around two hours, clicking on the account saw the: "Sorry, that page doesn't exist!" error message, but the account has since been restored.

Trump's personal account, which has more than 41.7 million followers, is separate from his official @POTUS account, which is transferred to each President of the United States. The latter does not seem to have been affected.

In a tweet, confirming the temporay deactivation, the official Twitter Government account explained: "Earlier today @realdonaldtrump's account was inadvertently deactivated due to human error by a Twitter employee. The account was down for 11 minutes, and has since been restored. We are continuing to investigate and are taking steps to prevent this from happening again."

Through our investigation we have learned that this was done by a Twitter customer support employee who did this on the employee’s last day. We are conducting a full internal review. https://t.co/mlarOgiaRF

It later followed up with: "Through our investigation we have learned that this was done by a Twitter customer support employee who did this on the employee's last day. We are conducting a full internal review."

This employee's apparent protest against the President has been, unsurpisingly, met with praise from many users. Replies to the Twitter Government tweet include: "Give this person a medal of freedom," "Buy them a drink," as well as GIFs of people applauding their work.

Trump frequently uses Twitter in a way that would see other users banned from the service. He has been accused of inciting racism, sexism and homophobia with tweets about policies and news reports and many have called for his dismissal. Twitter finally spoke out about the matter in September, effectively saying that the President's tweets are considered "newsworthy" which trumps excuse the pun any violation of the social network's rules.

As Alphr's Deputy Editor Alan Martin said at the time: "He's just far too valuable for a company that's still haemorrhaging money  proving to be catnip to citizens and newsrooms alike, who know full well that the latest White House news won't be in the form of a carefully crafted press release, but spewed out in 140 characters or fewer."