Two satellites that can find each other will launch into space on Saturday. 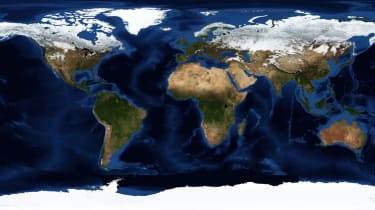 An American aerospace firm is aiming to create 200mbps connections in space through the use of laser-equipped satellites.

The technology could pave the way for networks of devices connected via satellites with data beaming to and from space through laser connections.

On Saturday, Orbital ATK will launch a spacecraft carrying NanoRacks CubeSats satellites to the International Space Station. NASA hopes this mission will show the necessity and advantages of small spacecrafts using sensors to maneuver and operate closely to other objects in space.

This project, known as the Optical Communications and Sensor Demonstration (OCSD) and began in 2015, includes three 1.5-unit (1.5U) CubeSats launched on two different missions. The second of which, occurring on Saturday, will include a laser mounted on the spacecraft and one on the ground station, which will create a connection from one satellite to another. The beam, according to NASA, is pointed by "controlling the orientation of the entire spacecraft".

In addition to the laser based communication system, these two satellites perform proximity operations through drag and propulsion using water as a fuel which is then turned to steam. The two satellites' relative position measurements will use cameras, beacons, and laser rangefinders and will also include star trackers with an accuracy of 0.05 degrees, according to NASA.

"Capabilities in proximity operations enable multiple small spacecraft to operate cooperatively during science or exploration missions, approach another spacecraft or object for in-space observation or servicing, or connect small spacecraft together to form larger systems or networks in space." NASA states.

NASA believes this mission could lead to using small satellites in new ways such as synthetic aperture radar or hyperspectral Earth imaging which could produce data beyond the capabilities of radio-frequency downlink systems. Additionally, NASA says these satellites can be used as "data relay nodes in low-Earth orbit; a modest constellation of small satellites has the potential to provide low-latency, high-rate communications as a service for other satellites in orbit around Earth".

Here on Earth, this type of technology can improve satellite technology in consumer products like GPS and can provide better data for the military, the tech industry, and meteorological agencies as well.