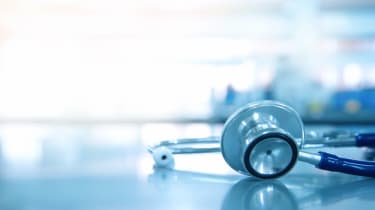 The "serious failure" in the code governing the NHS's national breast screening programme occurred in 2009, but only came to light when Public Health England (PHE) analysed the service earlier this year.

That meant that 450,000 women who should have been invited to breast cancer screenings from 2009 to the start of 2018 were not.

Hunt estimated that between 135 and 270 women may have "had their lives shortened" because of the error.

Hunt told the House of Commons: "At this stage, it is unclear whether any delay in diagnosis will have resulted in any avoidable harm or death, and that is one of the reasons I am ordering an independent review to establish the clinical impact.

"Tragically, there are likely to be some people in this group who would have been alive today if the failure had not happened."

Of the half a million women who should have been invited to a scan, an estimated 309,000 are still alive. The Department of Health is sending letters to 65,000 of them this week, and intends to contact all those registered with a GP by the end of the month.

The IT failure - which concerned how age parameters were programmed into the system - was resolved on 1 April, PHE said, and won't affect patients in future.

PHE found the problem when an upgrade to the breast screening invitation IT system gave local services more granular data on the ages of women being invited to screenings.

The data showed that some women on a trial called AgeX, created to explore whether women aged up to 73 could benefit from screenings, were not receiving invitations to their final screening which was due when they were 70 years old.

The analysis found other issues such as a lack of consistency in how different NHS surgeries send out invitations to women.

Hunt ordered an independent review into the programme, its IT system and processes, saying: "Many in this House will also have legitimate questions that need answering: why did the algorithm failure occur in the first place, and how can we guarantee it does not happen again?

"Why did quality assurance processes not pick up the problem over a decade or more? Were there any warnings, written or otherwise, which should have been heeded earlier? Was the issue escalated to ministers at the appropriate time? What are the broader patient safety lessons for screening IT systems?"

Lynda Thomas, chief executive of Macmillan Cancer Support, and Professor Martin Gore, consultant medical oncologist and professor of cancer medicine at the Royal Mardsen, will chair the review, which is expected to report in six months.

Shadow secretary for health, John Ashworth, questioned what assurances Hunt could provide that bowel cancer and cervical cancer screenings for women aged between 60 and 74 "are running properly".

Hunt replied that the government must "need to find ways to improve oversight, and modern IT systems can greatly improve safety and reliability".