Overseas investment will create hundreds of posts across the UK in FinTech, AI and engineering sectors 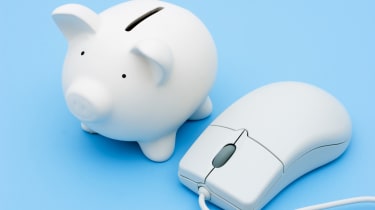 The Department for International Trade (DIT) has announced investment from 11 foreign companies aimed at creating hundreds of tech jobs across the UK.

At least 109.5 million in overseas contributions will create 359 jobs in major cities such as London, Leeds, Newcastle and Reading, in fields including FinTech, software development and artificial intelligence.

A significant portion of the funding will originate from South American firms, and firms in India, with companies in New Zealand and the US also making up the investment streams.

The announcement comes as the UK approaches the deadline for striking a withdrawal agreement with the European Union (EU), and is an attempt by the government to show it can forge strong ties beyond Europe.

"It's easy to see why the UK is Europe's top destination for foreign direct investment," said the international trade secretary Liam Fox.

"Our country is home to world-leading research and development capability, as well as a culture of innovation.

"My international economic department has a network of Trade Commissioners operating across the world, seeking investment opportunities that will help create jobs and improve the lives of people in the UK."

The investment includes 30 million from Brazilian auto parts manufacturer Aethra to create ten jobs over the next four years, and 32 million from Argentine software and digital design company Globant to create 140 jobs in London.

ThinCI, a US company specialising in software for artificial intelligence platforms, will create 40 jobs with the opening of a new site in Leeds, though the amout it will invest has yet to be specified.

Meanwhile, Engineer.ai, a UK-based company, will benefit from a 22.5 million injection by global venture capitalists Lakestar, Jungle Ventures & Softbank's DeepCore for additional roles to the 50 already announced earlier this month.

"What attracted ThinCI to the UK is its talent pool of engineers and programmers that could immediately begin providing the chip design and software development assistance we needed. We found that talent in Leeds and Kings Langley," said ThinCI's CEO Dinakar Munagalam.