Government 'must focus on replacing legacy IT systems' 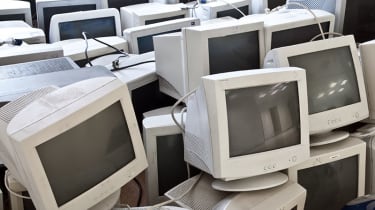 The government must prioritise eliminating legacy IT systems in the next spending review, an influential committee of MPs has been told.

Cabinet office minister Oliver Dowden MP told the House of Commons' science and technology committee that the simplest aspects of digital transformation have been achieved.

But the more challenging elements, namely end-to-end digitisation, remain the source of some frustration. He added much of this is down to legacy systems that are embedded across government.

"Clearly, as we have new systems, we'll make sure those have full end-to-end digitisation," Dowden told the committee.

"Government, in common with almost every organisation, including the most cutting-edge organisations like Google or Facebook, struggles to a certain extent with legacy systems.

"As budgets permit, we will seek to remove those legacy systems and replace them with more up-to-date systems. But in the meantime, as we continue through legacy systems, we need to make sure they are more resilient and secure."

Ministers and government officials were invited yesterday to give evidence to the committee on the state of government digital transformation, and the role of the Government Digital Service (GDS) in this process.

The session gave the committee's MPs an opportunity to challenge government ministers over their plans with regards to the future of 'digital government'. Evidence delivered by those who attended will feed into their ongoing investigation.

Beyond Dowden, the session also sought the views of minister for digital Margot James MP, as well as the director general for GDS Kevin Cunnington.

Cunnington revealed the scale of government digital transformation had exploded in the last four years, with the number of services expanding from 25 in 2015 to more than 800 this year. He also said the scope for GDS had changed slightly; in that, it is taking a backseat to focus more on training and standards than dictating central policy.

One major concern the MPs raised was whether GDS, or the Cabinet Office, had instigated a cross-governmental review of legacy infrastructure.

Dowden was asked the question three times in light of the fact a previous session received evidence that there hadn't been any such review. The committee believes this is necessary to then allocate investment or prioritise which systems must be replaced.

Similarly, the committee inquired as to whether ongoing digital projects had been RAG-rated (red, amber, green). Dowden suggested the government did have the information but would not wish to disclose it publicly. The ongoing universal credit implementation, which has been the subject of heavy scrutiny, was cited as among the biggest digitisation challenges the government faces.

The role of the GDS came under examination the same day as the National Audit Office (NAO) released a damning report blaming the group for bungling its flagship online verification portal.

The platform dubbed Verify had missed every one of its targets, auditors revealed, and the benefits to the taxpayer would be slashed by from 873 million to 217 million due to mismanagement.

The science and technology select committee's ongoing inquiry into digital government the role of GDS will continue to take evidence until 28 September this year.