Ministers criticised for failing to back ‘open government' 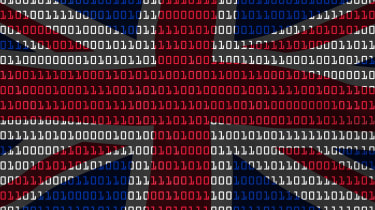 The government is failing to meet its own bar for transparency and openness in public sector data-sharing and digital programmes, a host of organisations have claimed.

Groups including the Electoral Reform Society and the UK Open Government Civil Society Network have signed an open letter criticising ministers for their lack of public support for open government over the last two years.

This is just days after the government released its fourth 'National Action Plan for Open Government', spanning ideas such as improving the quality of data the government publishes. But this release was delayed for more than a year, and the signatories are criticising ministers for failing to promote its core principles.

Despite praising "reformers" like digital minister Margot James MP, these organisations are "otherwise disappointed by the lack of ministerial engagement since September 2018".

"The commitments in previous UK open government action plans have raised the bar and set the pace for open government reform globally, encouraging other countries and jurisdictions to consider and introduce similar reforms," the signatories said.

"However, developing and implementing ambitious commitments relies on high-level political support that enables active, meaningful and ambitious collaboration between reformers inside government and civil society.

"Although we appreciate the Government's negotiations with the European Union are a national priority, the lack of high-level political support for open government more generally is having a negative effect across institutions."

Examples that ministers are not taking 'open government' seriously include limited progress in opening up geospatial data and failing to meet performance targets for a flagship digital programme dubbed Verify.

The National Audit Office (NAO) also savaged the Government Digital Service (GDS) in March for bungling the programme. Auditors revealed the government is now expected to save just 217 million versus the initial 873 million when Verify's business case was put forward in 2016.

"The National Action Plan is set against the backdrop of innovative technology being harnessed to erode public trust in state institutions, subverting and undermining democracy, and enabling the irresponsible use of personal information," Margot James wrote in the foreward for the national action plan.

"But where technology can be misused, there are also positive new opportunities to use technology to elevate the voice of citizens, forging new connections between individuals and the state.

"As government we must show the way forward, demonstrating how the use of technology in ethical ways can also be a force for good, empowering citizens to scrutinise the work of those they elect."

The plan makes several commitments around improving the quality of data being released, and strives to raise engagement with wider society on digital and data policy development. Other commitments centre on opening up data sets so the public and press can hold public bodies to account and ensure greater accountability.

The commitments set out also aim to harness the potential for open data at a time, according to the government, where technology like artificial intelligence (AI) is making all organisations more data-driven.

Beyond the Electoral Reform Society and the UK Open Government Civil Society Network, signatories criticising ministers also include the likes of Inolve, the Democratic Society, the Open Data Institute, the Open Contracting Partnership and the Women's Budget Group.

"While the action plan has now been published, the delay of over a year is still not excusable at a time when openness and participation is needed more than ever," said Electoral Reform Society spokesperson Jess Blair.

"The plan we have now could be more ambitious but there is an opportunity for the government to make further commitments over the next two years and show that they can really walk the walk and not just talk the talk on open government."

The goverment's fourth 'open government' plan lasts three years and involves a series of milestones, across eight individual commitments, that are expected to be hit between now and the end of 2021.