Dr Alexa will see you now 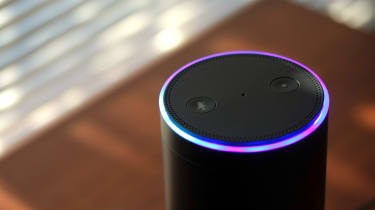 A new tie-up between the NHS and Amazon's Alexa devices has been accused of putting headline-grabbing gimmicks ahead of patient safety.

Brits will soon be able to ask Alexa devices for medical advice, with answers scraped from the NHS site. The hope is this will deliver more accurate advice, rather than relying on a range of less reputable sources.

However, experts and clinicians warn that the rush to push the NHS into consumer technology could cause long-term damage and is being done without sufficient clinical oversight.

"Clinicians and advocates for the NHS would welcome new tech if and it's a big if it has been reviewed, tested and proven to be effective," said Samantha Wathen, a spokesperson for the medical campaign group Keep Our NHS Public.

"The issue with Amazon and with other examples like the Babylon Health app is that, crucially, they haven't put themselves out to peer review and this is a big hang up for health professionals, because everything in medicine has to go through this process before it is launched on the public," Wathen said.

"It appears that [health secretary Matt] Hancock and his drive towards tech is to jump first and ask questions later. That's not a sensible way to go in medicine."

The safety concerns of offloading medical conversations to chatbots have been bubbling since the arrival of Babylon Health, which offers consultations to patients who don't want a regular GP.

The problems with the company's offering were highlighted by one clinician who chose to remain anonymous, but showed us a video of a chatbot conversation with Babylon, in which he described the symptoms of an overweight 56-year-old, ten-a-day smoker with high blood pressure and diabetes, who had "pain going down his left arm". This is a potential sign of a heart attack, but the bot response suggested "the good news is your symptoms can be managed at home for now".

The doctor reported the issue to Babylon, claiming it arose because the bot was programmed to look for chest pain in heart attacks. Babylon failed to respond to questions about how this reflected its quality control but reacted to the doctor's warning over Twitter, saying: "We're pleased to let you know we've corrected this outcome.

"Your efforts are really helping improve this freely available symptom checker, so please do keep trying to find problems and we'll keep fixing them."

What's Amazon doing with the data?

"What I'm very concerned about with the NHS at the moment is the attitude to technology that Matt Hancock has, which is that things that are innovative and 'announceable' are good, but really the outcomes of technology in the NHS will be seen in ten or 20 years," said Rachel Coldicutt, CEO of digital think tank Doteveryone.

"The issue is the capability that Alexa has to understand the data and patterns, and the infrastructure that Amazon has to launch real-world services is extraordinary," continued Coldicutt.

"What is the home care service, or pharmacy or dial-a-doctor, that Amazon could launch that is cheaper and easier and more efficient, but that actually undermines the public good that everyone has been investing in for the last 70 years?"

If Amazon were to launch a rival service, it would likely attract the younger patients that GP practices rely on to remain solvent. "To register with Babylon Health you need to leave your existing GP and that means the stipend that would go to the GP goes to Babylon Health," said Coldicutt. "GP budgets rely on there being healthy people in their 20s and 30s and older people and children.

"Babylon attracts younger healthier people, creating a situation where you risk leaving practices to look after the elderly and the vulnerable and creating a different kind of funding problem."

Not everyone is against the Amazon tie-up, though, with some claiming it is better to have digital assistants using NHS data rather than less reliable sources. "If Amazon begins to replace the provision of NHS services in the future, then we should definitely be concerned," said Areeq Chowdhury, head of Future Advocacy, a think tank that works with the NHS. "However, this isn't what has happened with Alexa and the NHS.

"No money has switched hands and nothing new or exclusive has been created for Amazon. Alexa will merely scrape information from the NHS website by default."