Chef cuts ties with US border police on moral grounds

The company will end its relationship with ICE and CBP once their contracts expire, says CEO Barry Crist 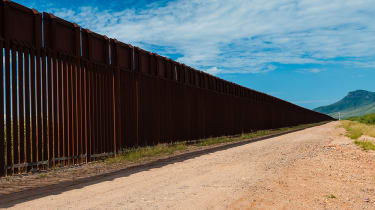 Chef, a configuration management firm, has announced it will not be renewing its contracts with US Immigration and Customs Enforcement (ICE) and Customs and Border Protection (CBP) on moral grounds.

The news comes after former Chef software engineer Seth Vargo deleted integral files from his Github to protest their use in ICE operations, including the detention of children, separation of infants from their mothers, and at least 24 deaths.

"I was having trouble sleeping at night knowing that software code that I personally authored was being sold to and used by such a vile organisation," Vargo said.

Controversy arose last week when Chef CEO Barry Crist sent an email to his employees saying that it was not "appropriate, practical, or within [Chef's] mission" to cherry pick the US agencies it does business with on the basis of ethics.

On Monday, however, Crist published a new blog post indicating a change of heart.

While he defended Chef's original involvement with the US government's border control initiatives, which began in 2014 under Barack Obama's administration, Crist said that in light of recent events Chef plans to "take stronger positions against these policies that violate basic human rights".

"We have also decided that we will donate an amount equivalent to our 2019 revenues from these two contracts directed to charities that help vulnerable people impacted by the policy of family separation and detention," Crist wrote. "We'll create a team to lead the direction of these funds."

Vargo's protest and Chef's subsequent decision to cut ties with ICE and CBP have contributed to the growing conversation about technology and ethics at the US border. Proponents of reform are rallying around #NoTechforICE and calling on big tech companies to burn their bridges with border control until measures are taken to improve conditions for immigrants. CAL Bears against ICE, a student-run protest group, demanded UC Berkeley cancel their recruitment information session for Palantir, a company which has provided software used for ICE raids and deportation since 2014.